Wednesday Wanderings ...we're off to Corfu with Francesca Catlow 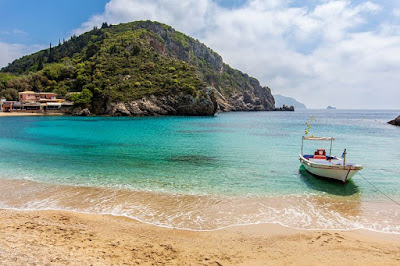 Time to wander to Corfu...
I first stayed in Agios Stefanos in 2018. It was my son’s first holiday; he was only 7 months old. His first steps into the sea were in the med. The soothing rows of bubbles tickled his toes, he’d grab handfuls of sand just to feel it and I could see everything like it was not only my first time in Corfu, but as though it were my first time on a Greek island. My parents had been there before, which again left us able to be led round, wide eyed to it all. 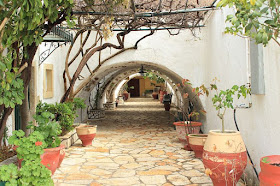 They showed us around all of their favourite tavernas. From the dancing at Little Prince, the fire starting at Zorbas, the views across the bay at Fantasea and the toes-almost-touching-the-sand setting of Waves. It had everything. Even the stray cats there are by far the cleanest and most well looked after I’ve ever seen on any Greek island. 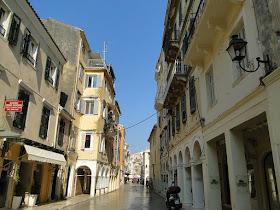 As we went through the week, my baby boy charmed everyone he met. With the welcoming Greek family attitudes, he made friends everywhere. After only one week I felt attached to the island in a way I hadn’t expected. I’d been drawn in by the calm sea and burning sands, the friendly faces, the shops with unique little ornaments, and traditional tavernas where every mouthful tastes organic and fresh. But really, it was the wonder in my wander. 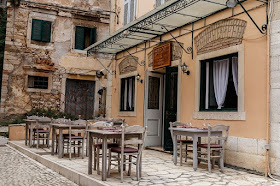 Everything was oddly surreal. Maybe it’s the sleep deprived haze of being a parent, but there was the right amount of ‘in it’ and ‘detached’ to feel like I was able to take it all in. Every detail, every humming insect on the evening breeze, every fish that brushed my ankle, almost each grain of sand. 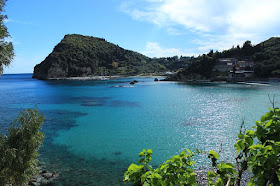 While writing this, Greece is still on the Government’s ‘amber’ list of countries. This means many holiday makers can only wander to the likes of Greece via the films, T.V., blogs and books, like my novel set in Corfu: ‘The Little Blue Door’.
I’m lucky, I’m double vaccinated and ready to fly soon to support the real people of Corfu (rather than the imagined people of my book). Most of the places I wrote about are real – it's just the human content that’s different.
If you do happen to wander over to Corfu while I’m there, I’ll hopefully be hosting a launch party and book signing (of sorts) and would love to know where else in Greece you like to wander.
(Corfu images from Pixabay) 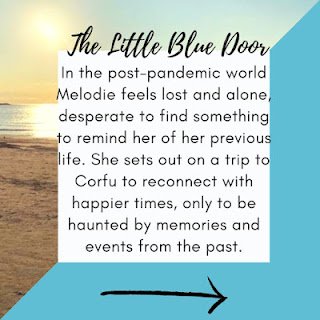 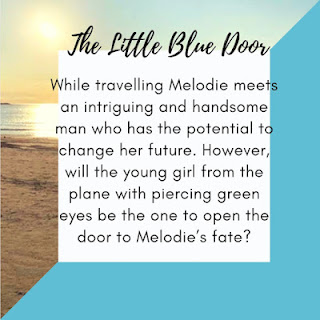 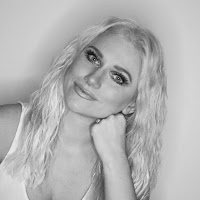 The Little Blue Door is Francesca's first novel – written during the lockdown of 2020. It’s available NOW...

More about Francesca - stay in touch!

When the only choice is to run, where do you run to?
When the only sound is the song of the sea, do you listen?
Or do you drown in the embrace of a mermaid?
Throughout childhood, Jesamiah Mereno has suffered the bullying of his elder half-brother. Then, not quite fifteen years old, and on the day they bury their father, Jesamiah hits back. In consequence, he flees his Virginia home, changes his name to Jesamiah Acorne, and joins the crew of his father’s seafaring friend, Captain Malachias Taylor, aboard the privateer, Mermaid.
He makes enemies, sees the ghost of his father, wonders who is the Cornish girl he hears in his mind – and tries to avoid the beguiling lure of a sensuous mermaid...
An early coming-of-age tale of the young Jesamiah Acorne, set in the years before he becomes a pirate and Captain of the Sea Witch.
“I loved this little addendum to the Jesamiah series. I always had a soft spot for the Lorelei stories and enjoyed that the author cleverly brought her over from the Rhine valley to fit into the story.” Amazon Reviewer
*** ***
Helen's cosy mystery set in 1970s north London