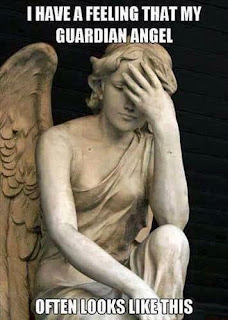 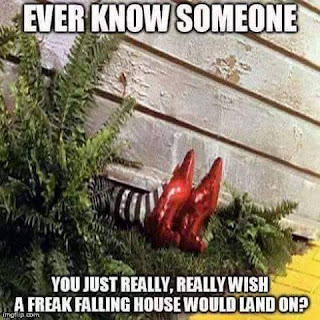 < Previous Post
<Previous Me on Monday (the first one)
No comments:
Email ThisBlogThis!Share to TwitterShare to FacebookShare to Pinterest

TWO FOR ONE SPOTLIGHT! 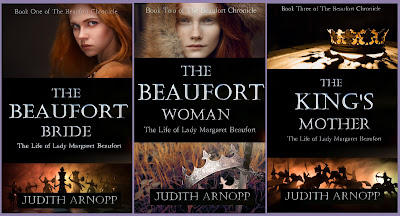 The Beaufort Chronicle (Books 1-3)
Judith Arnopp
The Beaufort Bride
As King Henry VI slips into insanity and the realm of England teeters on the brink of civil war, a child is married to the mad king’s brother.
Edmund Tudor, Earl of Richmond, takes his child bride into Wales where Margaret must put aside childhood, acquire the dignity of a Countess and, despite her tender years, produce Richmond with a son and heir.
As the friction between York and Lancaster intensifies 14-year-old Margaret is widowed and turns for protection to her brother-in-law, Jasper Tudor.
At his stronghold in Pembroke, two months after her husband’s death, Margaret gives birth to a son whom she names Henry, after her cousin the king.
Margaret is small of stature but her tiny frame conceals a fierce and loyal heart and a determination that will not falter until her son’s destiny as the king of England is secured.
The Beaufort Bride traces Margaret’s early years from her nursery days at Bletsoe Castle to the birth of her only son in 1457 at Pembroke Castle. Her story continues
Book Two:
The Beaufort Woman.
As the struggle between York and Lancaster continues, Margaret Beaufort fights for admittance to the court of the victorious Edward IV of York and his unpopular queen, Elizabeth Woodville.
The old king and his heir are dead, York now rules over England and the royal nursery is full.
But Edward and Elizabeth’s magnificent court hides a dark secret, a deception that threatens the security of the English throne … and all who lust after it.
In 1483, with the untimely death of the King, Margaret finds herself at the heart of chain of events that threaten the supremacy of York and will change England forever.
The King’s Mother
October 1485
Richard III is dead. With the English crown finally in his possession, Henry Tudor’s reign is hindered by continuing unrest.
While the king is plagued with uprisings and pretenders to his throne, Margaret in her capacity as The King’s Mother oversees the running of his court.
The warring houses of York and Lancaster are united but as the royal nursery fills with children Margaret’s expectation of perfect harmony begins to disintegrate.
As quickly as Henry dispatches those whose move against him, new conflicts arise and, dogged by deceit and the harrowing shadow of death, Margaret realises that her time for peace has not yet come.
Intrigue, treason and distrust blights the new Tudor dynasty, challenging Margaret’s strength of character and her steadfast faith in God.
available on Kindle, Paperback and Audible.
author.to/juditharnoppbooks 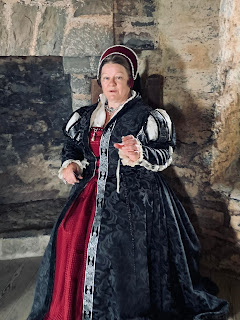 Author Biography
A lifelong history enthusiast and avid reader, Judith holds a BA in English/Creative writing and an MA in Medieval Studies. She lives on the coast of West Wales where she writes both fiction and non-fiction. She is best known for her novels set in the Medieval and Tudor period, focussing on the perspective of historical women but recently she has been writing from the perspective of Henry VIII himself.
Judith is also a founder member of a re-enactment group called The Fyne Companye of Cambria which is when she began to experiment with sewing historical garments. She now makes clothes and accessories both for the group and others. She is not a professionally trained sewer but through trial, error and determination has learned how to make authentic looking, if not strictly historically accurate clothing. She is currently working on a non-fiction book about Tudor clothing which will be published by Pen and Sword.
Her novels include:
A Song of Sixpence: the story of Elizabeth of York
The Beaufort Chronicle: the life of Lady Margaret Beaufort (three book series)
A Matter of Conscience: the Aragon Years (Book one of The Henrician Chronicle)
The Kiss of the Concubine: a story of Anne Boleyn
The Winchester Goose: at the court of Henry VIII
Intractable Heart: the story of Katheryn Parr
Sisters of Arden: on the Pilgrimage of Grace
The Heretic Wind: the life of Mary Tudor, Queen of England
Peaceweaver
The Forest Dwellers
The Song of Heledd
Webpage: www.judithmarnopp.com
Books: author.to/juditharnoppbooks
Blog: www.juditharnoppnovelist.blogspot.co.uk/
< PREVIOUS POST
*** ***