Coincidence? A pause for thought... 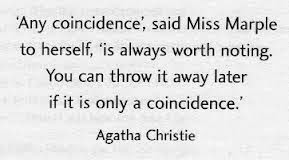 A short while ago I had this lovely e-mail from a Facebook friend.
It made me think - how many coincidences in history are there?

In spite of the fact that the Lincoln-Kennedy similarities are old news, it is still one of the most unusual coincidences in history. Both presidents were elected precisely 100 years apart and each was the successor of a president named Johnson, also born 100 years apart. While Lincoln was assassinated in Ford’s Theatre, JFK was shot while riding in a Ford Lincoln.
Lincoln had a secretary named Kennedy, whereas JKF had a secretary named Evelyn Lincoln.

John Lennon was shot and killed by a schizophrenic night security guard named Chapman in 1980. A few years after Lennon's death, a TV station was playing a biographic movie about John Lennon: the actor playing Lennon was also named Chapman.

The Daily Telegraph crossword puzzle : Two weeks before WWII D-day, London’s Daily Telegraph published a crossword puzzle containing the names of the beaches where the Ally forces would land (Omaha and Utah) along with other classified information accessible only to General Eisenhower’s staff. While initially everyone considered the author of the puzzle a Nazi spy, it turned out that all words were randomly chosen.

Morgan Robertson's 1898 novella Futility had many parallels with the RMS Titanic disaster; the book concerned a fictional state-of-the-art ocean liner called Titan, which (like the Titanic) eventually collides with an iceberg on a calm April night whilst en route to New York, with many dying because of the lack of lifeboats. Various other details in the book coincide with the Titanic disaster. Later, she wrote a book, Beyond the Spectrum, that described a future war fought with aircraft that carried "sun bombs". Incredibly powerful, one bomb could destroy a city, erupting in a flash of light that blinds all who look at it. The war begins in December, started by the Japanese with a sneak attack on Hawaii.

I had mentioned on a FB post that I was disappointed that the US version of Harold the King - entitled I Am The Chosen King - was not doing as well as I had hoped, especially as the first book in the due The Forever Queen was selling well. In response I had this e-mail from Ashley Wetherall ....

Thank you Ashley - for the idea and for the lovely compliment regarding my books.
Harold is one of my favourite novels, and I am disappointed that it isn't doing better in the US - but there you go. 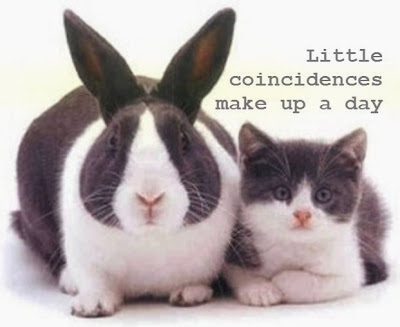 A Free Christmas Gift For You!

My lovely guest this week for Tuesday Talk is the delightful Pauline Barclay, a lady I've known for some while now and who I admire for her determination to become a respected Indie Author - a goal she has well and truly achieved!

Pauline very generously wants to give all her friends and fans a Christmas Gift... Read on for details of how she's gone about arranging this generous offer! 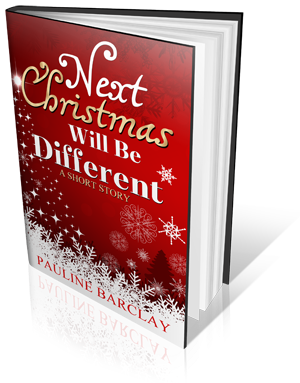 'The best-laid schemes o' mice an' men..' may well have come from Robert Burns, Scots poem, The Mouse, penned back in 1785 yet despite 285 years since this masterpiece saw the light of day, these words have been rattling around my head of late!

My best laid plan to launch my Christmas short story on 6th December went a little awry, nothing drastic, but a slight change to the date of availability was necessary.
"Why?" The simple answer is that I wanted this publication to be free; a little festive gift to all readers from me. My way of saying thanks to all the fabby people who have bought copies of my books and also to introduce new readers to my writing.

With free in mind, I published on Smashwords because they allow you to set your publication to free. Amazon do not! I will explain later on this.
Having never used Smashwords, I rapidly found out that you must format your book to their exacting standard before you can add you work to their site. To help with this, Smashwords provide a guide on how to achieve the desired result. I immediately downloaded a copy of the guide, but my initial excitement swiftly turned to dismay as I read through the pages of instructions.
Not to be daunted, I sat back and carefully and slowly went through each step preparing my MSS. I had to redo several sections and it took me longer than was suggested. Next time it will be much faster as I understand what they need.

As I had formatted my book to their standards, it was quickly accepted into the premium catalogue making my Christmas short story available from Barnes and Noble for NOOK and several other leading e-book stores.
But what about Amazon Kindle?  That is where laid a little problem as I not only want my short story on Amazon Kindle, but I want it to be free! Kindle do not allow you to publish your book for free, you have to set a price and depending on the price you set also determines whether you get 30% or 70% royalty!

So how did I go about getting my Amazon Kindle download free without causing problems with Amazon and my other published titles there (four paying publications)?
I wrote to Amazon and asked for their help. I explained the reason why I wanted my festive short story free. They swiftly responded and were helpful suggesting I upload my book and set a price. I did this setting it at the lowest price available. This was on 5th November. I was told that once my short story appeared published, I needed to inform Amazon where it was available cheaper. I did this both in a reply email and also through their web sites clicking the box that asks if you know of a lower price.

Between the 6th November and 1st December I continued to email Amazon asking if they had arrived at a decision for my free listing. They always replied rapidly and politely saying that they retain discretion over their retail prices, however my request had been forwarded to the pricing team.

On 1st December, Next Christmas Will Be Different appeared on Amazon with a ranking in the free Amazon downloads in USA and UK. It had worked!

Being a festive story, time was of the essence. Despite having one or two attacks of the jitters, Amazon set my book to free on a perfect date. Thank you Amazon!

It goes without saying that the last few weeks have been a steep learning curve in offering a publication for free. All the channels I used did what they said they would do, even Amazon in the end!  What I had hoped for at Christmas has happened, my short story is free! 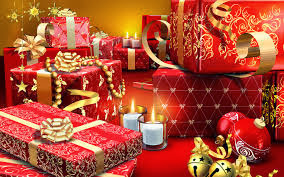 If you are interested in downloading a free copy of Next Christmas Will Be Different, here is the blurb…

When the O’Reilly family gather for the festive season it is a time for catching up, eating too much and making promises, but can the promises be kept?
This short story includes a bonus of five chapters from each of my four published books! 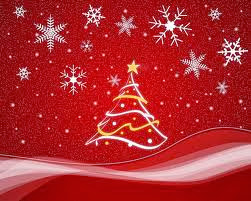 Links for:
Next Christmas Will Be Different - a short story
Amazon co uk
Amazon com
Barnes and Noble for NOOK
https://www.smashwords.com/books/view/375183 for all downloads

Thank you so much Helen for having me here on your wonderful Tuesday Talk and allowing me to show-off my lovely festive story, whilst talking about dealing with one of the most powerful publishers on the planet giving me a happy ending!

My pleasure Pauline - and thank you for my gift - I got a copy to enjoy in front of the fire over Christmas!