UK Actor Lewis Collins - famous for playing "Bodie" in the 1970's UK TV drama "The Professionals"  is to take the part of  Earl Godwin in the movie 1066.
Some of his fans have asked "Why Godwin? Who was Godwin?"

James Hanna has kindly taken the trouble to answer the questions.
Go to Earl Godwin on the menu bar above for his excellent article.

INTRODUCTION: Carolyn Schriber is a historian by training and profession.  Here she raises an interesting question about freedom in Anglo-Saxon society.
Anglo-Saxon Freedom
Here's a semantics problem for your debate blog, Helen.  Did the Anglo-Saxons have any concept of freedom?  Before you answer, let me give you some background.
I'm currently working on the history of a group of Northern Abolitionists who traveled to South Carolina during America's Civil War, ostensibly to  help the newly-freed slaves.  They all agreed that the institution of slavery was wrong, and that the slaves had to be given their freedom.  They were less clear about what they meant by "freedom." A few believed that the slaves only needed to be set free; what they did after that was up to them.  Others understood that people who had been slaves their entire lives would need to be taught how to be free. Some meant economic freedom; some meant religious freedom; others meant political freedom.
And if the Abolitionists were confused, imagine the poor slaves.  In November, 1861, a combined Union  Army and Navy Expedition had sailed into a vast South Carolina anchorage, so terrifying the plantation owners who lived along the South Carolina coast that they simply grabbed what they could carry and fled to the interior of the state. Almost to a man, they abandoned their slaves to their own resources.  The slave reactions were varied, but predictable.
When slave women were told they were "free," the idea frequently sent them into fits of weeping and wailing.  To the women, it meant they were being turned out of the only homes they had ever known.  Where should they go?  What would they do?  Who would take care of them?
To the men, particularly the field hands, being free meant no one was going to make them work ever again. They freed themselves from their hoes and their plows and sat down, waiting to see what would happen next -- unable to make the leap of understanding that they were still going to have to work if they wanted to eat.
And the youngsters? They took the word free to mean something even more literal.  Many of the young men went on a rampage, breaking into the plantation houses to liberate the goods therein.  They tore up carpets to make suits, donned clothing left behind by fleeing masters, ate and drank whatever they could find, and smashed the items for which they had no use. For them, freedom meant complete release from all the rules.
Thus is freedom a particularly difficult concept.  To ancient cultures, particularly the Greeks and Romans, libertas or eleftheria implied a condition of citizenship.  A free Roman held the liberty of the city, which entitled him to all the privileges and obligations of citizenship.  In medieval France, liberté had more to do with the possession of land, while in Germany, Freiheit had slightly different economic implications.
Where I get stuck is with the Anglo-Saxons.  Old English has the word Liesing which seems to describe a freed man -- someone who has been freed FROM something.  But there doesn't seem to be a word for what we think of as "freedom."
Why is that?  Did the Anglo-Saxons even recognize  the concept of freedom?  And if they did so, did they see it as a good thing or something to be feared?
CLOSING NOTE: Carolyn Schriber now writes Civil War novels.  Her latest release, Beyond All Price, is available fromAmazon.com or from  Katzenhaus Books You can also find her on Facebook   Twitter   and  LinkedIn or Email Carolyn 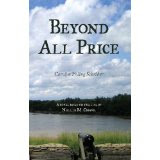 Why did Harold Godwineson go to Normandy?

In 1063/4 Earl Harold of Wessex took ship and ended up in Normandy.
On board he had hounds, hawks - gifts obviously.

For some reason he ended up as a prisoner to Guy de Ponthieu- who was then forced to submit to Duke William who apologised profusely to Harold and his men.

Harold then spent several months in Normandy - even going on campaign with William.
But then, he was forced to swear an oath - stating he would support William's claim to the English throne.

We know these events happened because they are in the Bayeux Tapestry.

But we do not know why Harold went to Normandy.

Was he heading elsewhere?
Was his ship blown off course by a storm?
Had he merely set out on a fishing trip?

and this I firmly believe - was he intending to go to Normandy to plead for the release of his brother Wulfnoth and cousin Hakon who had been held hostage since 1052?

One other fact that we do know. Harold returned to England with Hakon.


Over to you.
What do you think?
6 comments: