Born in Walthamstow, North East London, in 1953 I began writing at the age of 13. Desperately wanting a pony of my own, but not being able to afford one, I invented an imaginary pony instead, writing stories about our adventures together at every spare opportunity. In the seventies I turned to science fiction - this was the age of Dr. Who, Star Trek and Star Wars. I still have an unfinished adventure about a bit of a rogue who travelled space with his family, making an honest(ish) living and getting into all sorts of scrapes. Perhaps one day I might finish it.

I had wanted to become a journalist when leaving secondary school, but my careers advice was not helpful. "Don't be silly," I was told, "you can't type."  (I still can't, I use four fingers.)  Instead, I worked in a Chingford library where I stayed for 13 years although I was not very happy there - I did not realise it, but I wanted to write. The one advantage of the library, however, was the access to books, and it was there that I came across the Roman historical novels of Rosemary Sutcliff, the Arthurian trilogy by Mary Stewart, and the historian Geoffrey Ashe. I was hooked on Roman Britain - and King Arthur!

Reading everything I could, I eventually became frustrated that novels were not how I personally felt about the matter of Arthur and Gwenhwyfar (Guinevere).

By this time, I was married with a young daughter. I had time on my hands and so I started writing my idea of Arthurian Britain . I deliberately decided not to include Merlin and Lancelot, there was to be no magic or Medieval myth. My book was to be a "what might have really happened" historical novel, not a fantasy, and most certainly not a romance! What I didn't know, when I started, was that my one book was to grow into enough words to make a complete trilogy.

I found an agent who placed me with William Heinemann - I was accepted for publication just after my 40th birthday. The best birthday present I have ever had.

I had previously had a smaller success with a children's personal safety book (stranger danger) called "Come and Tell Me," a little story that I had written for my daughter when she was 3. I wanted to tell her how to keep safe in a clear and simple manner - with a message that could be easily remembered. "Always come and tell me before you go anywhere with anyone" fitted nicely. I was immensely proud when my little story was taken up as an official safety book by the British Home Office to be used nationally by the police and schools. Unfortunately "Come and Tell Me" is temporarily out of print.

Now parted from my ex-agent, I am Indie published in the UK by a small Bristol-based independent publisher SilverWood Books UK and mainstream in the US by Sourcebooks Inc.

I have no qualifications, nor have I been to college or university, although I have studied part-time for my Medieval History Diploma, which, I'm pleased to report, I passed with honours. One day I might get around to finishing the complete degree. If ever I find the spare time!

In January 2013 I moved to North Devon - where I intend to remain and to keep writing.
read more on my website


Writing can be a silly occupation. Solitary, often hard, tedious work for few rewards. But it is compulsive, and those few rewards can be great indeed: seeing your novel on a shelf in a bookstore; receiving an e-mail from an appreciative fan; a fabulous review; a nomination for an award. There is the sheer pleasure of starting with a blank page and experiencing the excitement of bringing a character to full and glorious life. Of delving beneath the facts of what happened and when, and filling in all the missing bits of why, how and with whom. That is the joy of writing!

Having a book published, however, is not always plain sailing. Several years ago my backlist was dropped by William Heinemann – historical fiction had gone out of fashion – and simultaneously my agent abandoned me. I was on my own and facing the prospect of not writing another novel. I spent two weeks sobbing, then pulled myself together and set out to find an alternative publisher.

I discovered an independent company who, as a part of their small mainstream imprint, took my backlist and my new venture: the first of the Sea Witch voyages. There were hiccups, but the office staff were enthusiastic and I had high hopes for the future. Sadly, the current economic climate is not kind to small firms, and for a second time I found myself facing the prospect of being out of print. I had four choices:

For me, 1 was not an option. I cannot give up writing, not while I still have a story in my head to share. Choice 2: I am mainstream published in the US and other countries, but approaching a similar UK publishing house, with their full lists and tight printing schedules, could have resulted in my novels being unavailable for several months. I have many friends who would be so disappointed to see them temporarily disappear, as would I. Lacking the technical knowledge, or time, to go self publish was not viable or practical, although the thought of running my own company was tempting. However, excited by the prospect of being in control of my destiny – and my books – I decided to opt for choice 4.
I have known Helen Hart of SilverWood Books for several years and it was therefore an easy choice to send my precious novels into her good care, confident she would produce quality editions, quickly and efficiently.

Transferring my list of seven books has been hard and dedicated work, not just for me, but for the team at SilverWood Books, my graphic designer Cathy Helms of AvalonGraphics, and my editors Jo Field and Michaela Unterbarnscheidt.
Nor have the production costs been cheap – more on the ‘gulp’ level – but the quality result has been worth it…I love my characters and have great respect and fondness for all my followers, fans, friends and readers.

Your encouragement and enthusiasm was all the incentive I needed to make the decision to keep my characters alive and well. And in print.

For that, I thank you.

Pirate Based Adventure series with a touch of fantasy
if you liked thre first Pirates of the Caribbean movie  or like a good (adult!) sailor's yarn
this series is for you

A small selection of REVIEWS of my BOOKS
click here 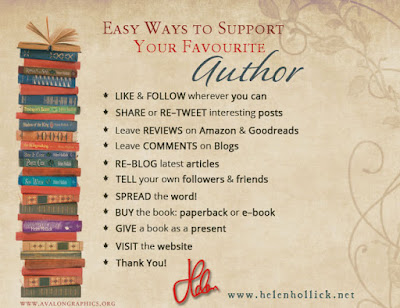 thank you for visiting my blog!