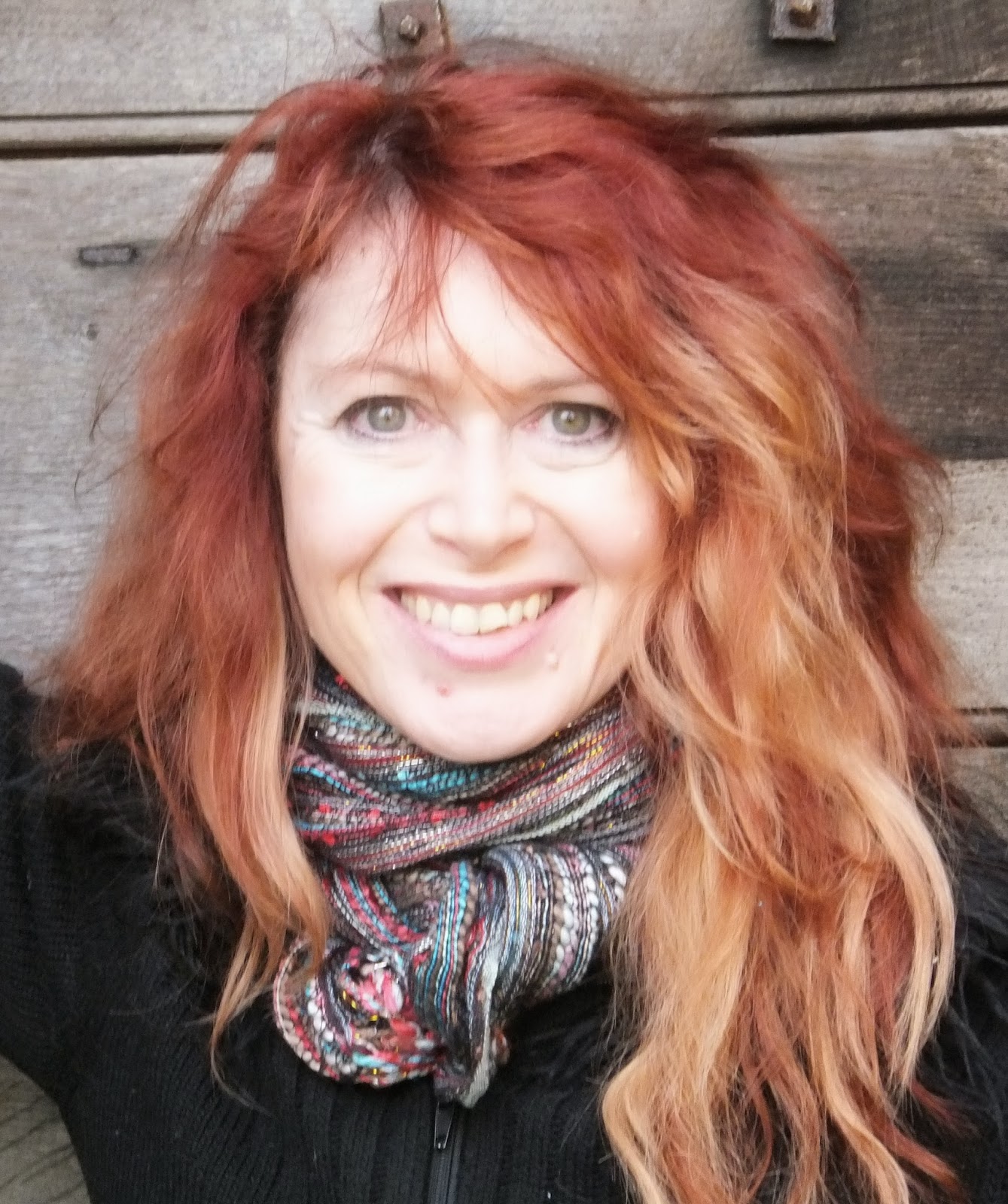 About two and a half years ago, I started a blog about writing and music. You might already have had a glimpse, as Helen has been one of my recent guests.  She wrote about the influence of music on her creative process and how it helped her create sea witches, pirates and giant creaking ships.
I started the series because I’d just published my first novel, My Memories of a Future Life.

As you can probably guess from the red piano on the cover, the narrator is a classical musician. She’s struck down by a mysterious injury that threatens to end her career and, in her desperate search for a cure, she starts to dabble with fringe healers, including a practitioner of past-life regression.
He takes her to her next incarnation, in the hope that she’ll find clues that this life crisis turned out okay in the end.

But music wasn’t just the subject of the novel, or the profession of its protagonist. It was – and is - also the way I bring my books alive.

Once upon a time I was a ghost
This started when I was ghostwriting. Before I published books of my own I wrote novels for bestselling authors. It was a curious way to exercise my literary urges, but quite fun - and I got paid. To do it I had to adopt different styles, and often had to write about places I’d never visited. If the story was set in the slums of Chennai, I’d find music that conjured up its heat, colour, poignancy and pungency. For the African bush, I searched for albums that evoked baked earth, the yawning roar of lions across the shimmering plain.

Soon I realised that the music was giving me ideas for characters or influencing the mood of a scene. One day I was writing a chase– not my favourite kind of scene as they’re laborious to choreograph. I put Fatboy Slim on the headphones to keep me amused – and his quirky rhythms gave the resulting sequence a cheeky strut.

Music for other lives
But I really became hooked on writing with soundtracks when I began work on My Memories of a Future Life. I’d be listening to the radio in the car and a song would grab my attention because its mood echoed a scene I’d been working on. And more than that, it would suggest a clear direction, as though I hadn’t until then understood what I was trying to write. Any kind of music, from chart pop to obscure classical, might suddenly reveal the insight I was looking for. 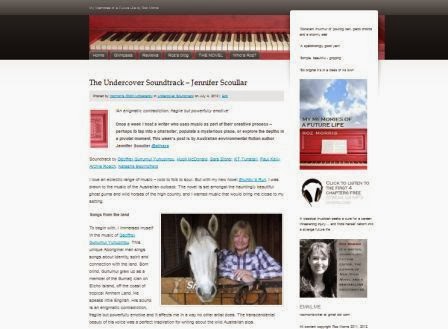 The Undercover Soundtrack was born
When I launched the novel, I built a website and was wondering what kind of content might go with the novel. Out of the blue a writer friend said he also used music for writing - and I thought I’d met the only other person in the whole world who did that.
‘Let me interview you about it for my new website,’ I said, and together we wrote a piece that became the first Undercover Soundtrack. Still convinced we were two creative aberrations, I asked around Facebook and Twitter – and more music-driven writers got in touch.
Two and a half years on, I still have a steady supply of contributors and I’m booked up until the middle of July.

Novelists inside out
I’m sure you read Helen’s post, with its stirring movie soundtracks. Isn’t it a brilliant way to get to know her and the books she writes? This is what I love about hosting The Undercover Soundtrack. It’s more than just a list of influences. It’s a close-up portrait of the writer on their personal creative voyage.

As for me, the habit continues. Music is here to stay as a creative partner. I’ve just published my second novel, a literary science fiction fable called Lifeform Three, and the story came into my mind as a sequence of music pieces that built the characters’ journey. 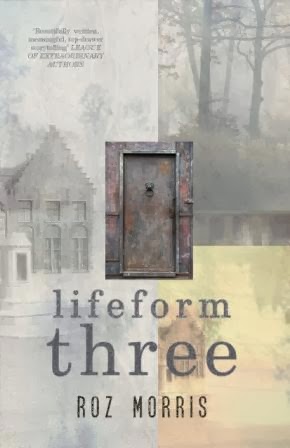 I’m now navigating my third book, working title The Mountains Novel, and one of my treasured guides is a piece of music by the Icelandic composer Olafur Arnalds. I’d never heard of him until poet Andy Harrod       mentioned him on The Undercover Soundtrack. But when I have doubts about the story, Olafur Arnalds returns me to my original vision, reassures me that I know where I’m going. What luck that I invited Andy to The Undercover Soundtrack. What a gift he has left me.

Explore our collections
On the site, I’ve catalogued every post so that you can look up your favourite musicians and see if anyone writes to them. Or pick an artiste at random and see what it suggested to another creative person. My contributors’ tastes are wide, wild and peculiar - pop sits next to scratchy recordings of men in a tavern reading Robert Burns. Readers come back every week, enjoying the posts regardless of the genre a writer works in or what music they like. On the Undercover Soundtrack those boundaries dissolve. We’re writers, united in curiosity and respect for the honest pursuit of our art.

I appreciate this all the more when we’re having to spend so much time discussing the business of publishing. The Undercover Soundtrack is a place where we can all realign with what’s most important - the books we write.

If you need a pick-me-up to restore your sense of creativity and your joy in writing, do drop by. There’s always someone worth listening to. 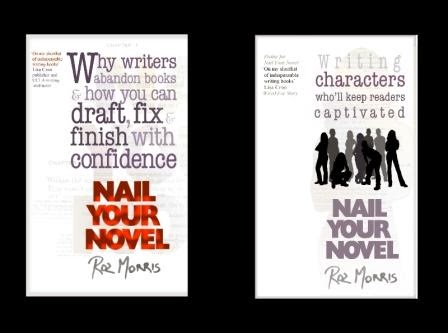 Roz Morris's fiction has sold more than 4 million copies worldwide, although you won't have seen her name on the covers as she ghostwrote for high-profile authors. She is now writing acclaimed fiction under her own name - My Memories of a Future Life and Lifeform Three . She  is a writer, journalist, fiction editor and the author of the Nail Your Novel series for writers.
Her website is http://rozmorris.wordpress.com/
Her writing blog is http://nailyournovel.wordpress.com/
and you can find her on Facebook  and Twitter as @Roz_Morris


Thank you for being such a wonderful - and interesting - guest, Roz.
Elizabeth Chadwick, bestselling Historical Fiction author, also uses music when writing. Like you I thought I was the only one to do this until Elizabeth mentioned it.

Here is the link again to my contribution to Roz's Undercover Soundtrack.

(There is a longer version on my own blog, complete with excerpts - do visit both!)