Disease and medicine in Victorian times 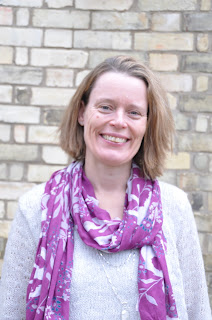 Over to you Katherine:

In those often romanticised days when the young Queen Victoria took the throne, dresses were full, tankards brimmed with porter, life bustled with energy and optimism as the Empire grew and the industrial revolution gained momentum. It seemed the English could conquer the world. However, closer to home lurked dangers which could strike a man in an instant, and from which no stratum of society was immune. Disease stalked the streets and death was an everyday, indiscriminate occurrence.

So what do we know about disease in Victorian times? We know about health in the past from early attempts to record disease patterns. As early as the 1660s, John Graunt published his book Observations on the Bills of Mortality, in which he attempted to analyse the mortality rolls introduced by Charles II to warn of bubonic plague. Analysis and recording of disease took a great leap forward during Victorian times, when William Farr joined the General Register Office to collect official medical statistics in England and Wales. He set up a system for routinely recording cause of death, which has evolved over the decades into the Office for National Statistics. Today ONS collects and collates data about births, deaths and a myriad of other aspects of the human condition.

The Victorian rich had access to physicians, the most highly trained of medical men (and they were all, as yet, men), who had studied in a university, completed apprenticeships in a teaching hospital and passed the examination for the Royal College of Physicians. However, their services came at a cost and the poor relied on apothecaries, who could advise on complaints and dispense medication, or general practitioners who were apothecaries with additional surgical training. The mainstays of treatment were laudanum (a derivative of opium) and emetics or purgatives, poultices, ointments and liquids of varying composition and efficacy. However, in truth, often a visit from the priest was as effective as anything else and the carpenters and grave diggers made a sound living.

So what did the Victorians believe about the causes of disease? Since the days of the ancient Greeks and Galen and Hippocrates, it was thought that disease was caused by an imbalance of four ‘humors’ or bodily fluids: black bile, yellow bile, phlegm and blood, and this belief persisted, largely unaltered, for many centuries. Excesses of humors were derived from inhalation or absorption, and deficits from loss of body fluids. Treatments were aimed at normalising an excess or deficit, by blood-letting or purgatives, or the application of appropriate herbs or diet to restore balance. By Victorian times, the theory of miasma (bad airs) was widely believed.

This stated that miasma was inhaled and this led to generalised constitutional changes in the body which produced symptoms. The poor and morally degenerate were believed to be more susceptible to the effects of miasma. Microbiology was in its infancy and there was no appreciation of the fact that each disease is caused by a different specific pathogen (for example, a bacterium or a virus) which acts directly on body tissues to produce symptoms. To the Victorians, when the miasma was bad, disease could strike. Furthermore there was no concept of transmissibility of disease; they believed that if one person became ill, their neighbour might do so too, by breathing the same miasma.

So what diseases afflicted our Victorian ancestors? Before the days of vaccination, and the appreciation of the importance of sanitation and hygiene, microbes had free rein. Smallpox, tuberculosis, scarlet fever, cholera, typhoid, and diphtheria were all rife, as were what are now considered preventable childhood illnesses like measles, mumps and rubella (German measles). In prisons, gaol fever (typhus), was common. Syphilis and other sexually-transmitted diseases ran riot among prostitutes and their clients.

Most diseases were endemic and the ever present threat provided a backdrop to everyday life. However, some diseases occurred in epidemic, and people lived in fear of terrible outbreaks of fatal disease. This was particularly the case with cholera. The first devastating cholera epidemic in England occurred in 1831-2, when Asiatic cholera swept eastwards through Europe to hit England. This was followed by a second major epidemic in 1848-9 and a third in 1854. London, with its burgeoning population and overcrowding, was particularly badly affected. Each epidemic killed tens of thousands of people, devastating whole streets and communities, before the miasma seemingly moved on and the epidemic waned. The sanitarian movement believed that the way to prevent such epidemics was to improve drainage and sewerage, to remove the noxious smells from the streets.

Work was undertaken linking open drains and cesspits to sewers, which drained into the Thames.
It is at this point in 1854 that The Doctor of Broad Street (Troubador publishing) is set. It tells the story of one man’s work to discover the cause of a cholera epidemic and it is based on a true story. Frank Roberts is a doctor working with the poor in the squalor of Victorian London, who finds himself drawn into a murder investigation. Before long, his efforts to clear an innocent man are overshadowed as a deadly cholera epidemic sweeps the streets. He works with his friend, the real life anaesthetist Dr John Snow, to discover the cause of the epidemic, as he battles to save his patients and help the accused man. Thoroughly researched and attracting positive reviews, it is a story of tenacity and perseverance. The Doctor of Broad Street is available on Amazon, Troubador, or to order through book shops, and it is also available as an e-book. If you want to feel and understand the terror of cholera in Victorian times, this could be a book for you. 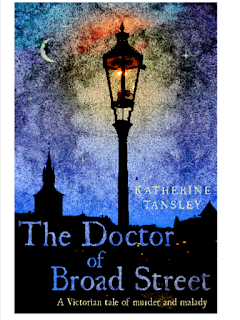 Mini-Biography
I studied medicine at Oxford and qualified as a general practitioner before training and working in public health medicine, in which John Snow is an iconic figure. I have always loved historical fiction which informs and entertains. I live in Cambridge with my husband and three children.

Quote
“As I set off for home to get my bag, I could not help my gut clenching in fear at the prospect of the cholera returning to our shores.” 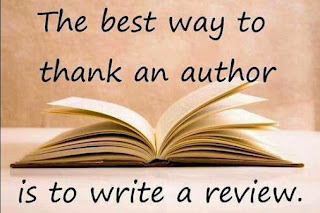