Room to Think – Space to Imagine

my guest this week - Richard Buxton 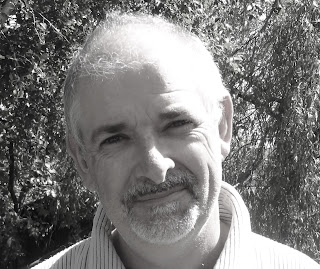 I’m Richard Buxton and I write historical fiction, both short-stories and novels. Almost always, there is a link to the US Civil War. It’s my bag, as they say. In April I published my first novel, Whirligig. This is how I describe it in the blurb:

Whirligig is at once an outsider’s odyssey through the battle for Tennessee, a touching story of impossible love, and a portrait of America at war with itself.

I also occasionally liken it as somewhere between the writing of Bernard Cornwell and Charles Frazier’s Cold Mountain. A little ambitious of me perhaps, but it at least gives people a rough idea of where I’d like to see myself.

I’m a few months in now and I’ve started to collect some reviews. I’ve been surprised how greatly perceptions of the book differ and I’m not talking minor nuances. For example, consider:

‘I thought that the book would be similar to Gone with the Wind… However, that wasn't the case.’

‘A sweeping saga set in both 19th century rural England and the American South and reminiscent of ‘Gone With The Wind’.

‘First, I need to point out that this isn’t a “war” story… [It’s] about one man’s determination to keep a promise.

‘Most of the novel was focused on battles and on daily life in the army whether it has ugly or beautiful moments.’

I suspect this is a common experience for authors selling their first book. It would be understandable as a writer to hop up and down and shout, ‘No! This is what it’s really about.’ But on reflection I started to take a certain amount of satisfaction from seeing such differing interpretations. It brought to mind a lesson from a workshop I attended when I was just getting into writing a few years ago. We were asked to consider a book as a triangle with the three points being a narrator, a point of view character and a reader. The space in between was where these three entities collided, a space for readers to add their own imagination and perspective. The result is always different; as unique as each individual reader; different ingredients, different outcome. It was a good lesson and encouraged me to write freely and without being prescriptive.

I think this idea, of leaving space for the reader, also goes someway to explaining the ‘show, don’t tell,’ maxim.  By telling the reader exactly what someone is thinking or feeling, you deny them the pleasure of deriving it for themselves from what they observe. It’s like an annoying friend telling you exactly their unswerving opinion on a matter and leaving no room at all for yours. Where’s the fun in that?

It’s easy, especially as a writer of historical fiction, to overplay the detail. We perhaps want to prove that we know our period and we’re prepared to pile on the details to prove it. The hours I’ve spent researching 19th century hooped skirts or fashionable hat-wear only to tone it all down to its simplest form. One or two details are often enough. A reader’s mind is extraordinarily capable of populating an imaginary world if you feed them just a single image. David Mitchell is a genius at this. In reading The Thousand Autumns of Jacob de Zoet, I began to notice how he parachuted quite random sentences into the middle of action or dialogue. I recall a scene in a traditional Japanese house.
‘The shadow of a bold rat trots along the oiled paper pane.’ While enjoying the wonderful image itself, your mind’s eye begins to paint around it: some latticed sliding doors, a low table, maybe a lotus blossom or two. When redrafting Whirligig, if I felt that a chapter lacked imagery, I started to do the same thing. It’s amazing how it underpins the physical reality of your story. The reader does more than half the work.

So I’ll celebrate regardless of whether a reviewer sees my work as I do, or sees it in a new and quite unintended way. It’ll mean I’ve given them the room to think, the space to imagine and just enough detail to build their own world.

Whirligig is available on Amazon UK
and on Amazon.com.