No one has ever accused Fanny Price of being witty or exciting. She is barely beautiful and is wholly dependent upon wealthier relations for any standing in society or comfort at home. Everything that happens, happens to or around her, never because of her. When I first read Mansfield Park, I was exasperated with Fanny. I puzzled over why Fanny’s story was worth being told.

During my first read, Henry owned my heart and I kept thinking that maybe if I just wished hard enough, Fanny would see in him what I saw and finally, finally accept him. Fanny did no such thing and all my wishing was for naught. I ended the book frustrated and disgusted by her acceptance of Edmund. Edmund, who never seemed to listen to Fanny and constantly overlooked her, got the girl? I could only imagine his proposal was akin to Ron Weasley asking Hermione Granger to the ball: “Hey, you’re a girl….” Austen told us Fanny was happy with Edmund, but all I could think was, “What could have compelled Fanny to want that man?” 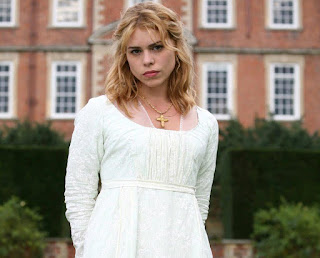 Publicity still of Billie Piper as Fanny Price in 2007 adaptation of Mansfield Park.

I avoided Mansfield Park for years after the first read—only turning my attention to it long enough to consider making it into a horror story (I may still do this. Stay tuned.). When I finally did re-read it, I was struck dumb by a simple realization: Fanny was right. Henry was an ill fit. I realized I had fallen into the trap of thinking that just because a man wants a woman badly enough, he should have her. Just because he starts being nice to her, even though he’s still terrible to everyone else, he earned her. That it should be sufficient for the woman that the somewhat-handsome and well-off man loves her.

I had done Fanny wrong.

I had thought Fanny was the antithesis of a feminist. I had thought her acceptance of Edmund was a capitulation to a misogynistic marriage ideal that rewarded women for being dutiful and moral and quiet. Instead, I finally saw her inner strength had allowed her to remain true to her principles. Fanny was no fool. She saw what life with Henry would be and she rejected it. Not out of fear or insecurity, but out of her strong moral sensibilities. She wasn’t, as I’d first thought, being uncharitable and not allowing Henry to make a change for the better. She had the good sense to see that he had not and would not change, even though he seemed to try and managed to accomplish some very good deeds. 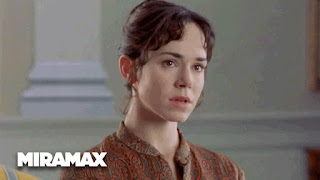 Frances O’Connor as Fanny Price
in the 1999 adaptation of Mansfield Park.

That every woman should have the freedom to decide how she lives her life is, to me, the foundational tenet of feminism. Fanny—while too early to be termed a “feminist”—lived that ideal. I was stunned by that realization and ashamed at how poorly I’d judged her. Fanny was to be admired and emulated. I could finally see her steely core and the resolve that allowed her to stand up to her family when her nature compelled her to concede to their wishes to make them happy.

The Bertrams, her Portsmouth family, Henry, Maria—everyone took advantage of her nature, her desire to please and to not disappoint. Though it pained her to do so, she held fast when it mattered. Fanny had a rational mind, but was not unfeeling. 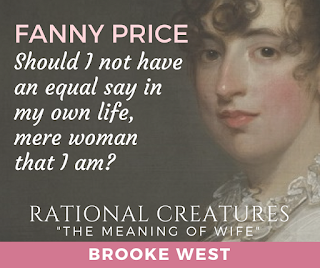 Fanny Price exemplifies what I find to be the pure heart of feminism: the strength, the determination to find what is right for you and to live that truth. The unwillingness to be swayed by opinion or expectation. Fanny may be intensely moral, but her morals have no bearing on her feminism; feminism does not depend upon morality, though a woman’s morality certainly would inform her choices. Mary Crawford is, to my mind, as much a feminist symbol as is Fanny Price. Her morality (or lack of) does not diminish the brilliance of her independent spirit. She lost her love in the pages of Mansfield Park, but no one can doubt she lands on her feet, eventually.

Being a feminist doesn’t mean you always win. It means you’re true to yourself and make room for other people’s truths, even if they differ from yours.  You make your own choices and allow others the same freedom. So, Fanny made a choice and stuck with it. She rejected Henry, again and again. I, finally, could respect that.

But then she made another choice—to marry Edmund.

This, I could not fathom. Taking Fanny as the rational, clear-headed, intelligent, self-possessed woman I now saw her to be, I was at a loss to explain how she overcame every failing I saw in Edmund and chose to marry him.

Surely there was a lot that happened off the page that we never saw. Austen herself glossed their courtship. It couldn’t be that Fanny succumbed to a childish infatuation or married him out of obligation. Not after all she’d been through! After some pondering, I found my answer. It’s the only answer that would allow Fanny to take Edmund as a husband: she said yes because she wanted to, because it made sense for her to do so. And that is good enough for me.

Fanny Price taught me to be a more honest feminist, and for that I’ll always cherish Mansfield Park.

Still, I only tolerate Edmund because Fanny loves him. 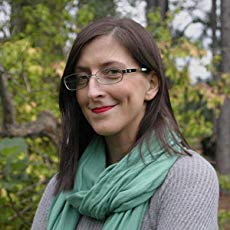 Brooke West is one of sixteen Austen-inspired authors in the anthology Rational Creatures, writing Fanny Price’s story “The Meaning of Wife”. West always loved the strong women of literature and thinks the best leading women have complex inner lives. When she’s not spinning tales of rakish men and daring women, Brooke spends her time in the kitchen baking or at the gym working off all that baking. She lives in South Carolina with her husband and son and their three mischievous cats. Brooke co-authored the IPPY award winning novel The Many Lives of Fitzwilliam Darcy and the short story “Holiday Mix Tape” in Then Comes Winter. She also authored the short story “Last Letter to Mansfield,” which you can find in Dangerous to Know: Jane Austen’s Rakes & Gentlemen Rogues. Find 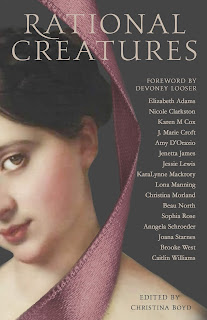 About Rational Creatures:
“But I hate to hear you talking so, like a fine gentleman, and as if women were all fine ladies, instead of rational creatures. We none of us expect to be in smooth water all our days.” —Persuasion
Jane Austen: True romantic or rational creature? Her novels transport us back to the Regency, a time when well-mannered gentlemen and finely-bred ladies fell in love as they danced at balls and rode in carriages. Yet her heroines, such as Elizabeth Bennet, Anne Elliot, and Elinor Dashwood, were no swooning, fainthearted damsels in distress. Austen’s novels have become timeless classics because of their biting wit, honest social commentary, and because she wrote of strong women who were ahead of their day. True to their principles and beliefs, they fought through hypocrisy and broke social boundaries to find their happily-ever-after.
In the third romance anthology of The Quill Collective series, sixteen celebrated Austenesque authors write the untold histories of Austen’s brave adventuresses, her shy maidens, her talkative spinsters, and her naughty matrons. Peek around the curtain and discover what made Lady Susan so wicked, Mary Crawford so capricious, and Hettie Bates so in need of Emma Woodhouse’s pity.
Rational Creatures is a collection of humorous, poignant, and engaging short stories set in Georgian England that complement and pay homage to Austen’s great works and great ladies who were, perhaps, the first feminists in an era that was not quite ready for feminism.
“Make women rational creatures, and free citizens, and they will become good wives; —that is, if men do not neglect the duties of husbands and fathers.” —Mary Wollstonecraft
Stories by: Elizabeth Adams * Nicole Clarkston * Karen M Cox * J. Marie Croft * Amy D’Orazio * Jenetta James * Jessie Lewis * KaraLynne Mackrory * Lona Manning * Christina Morland * Beau North * Sophia Rose * Anngela Schroeder * Joana Starnes * Caitlin Williams * Edited by Christina Boyd * Foreword by Devoney Looser