Friday Furries - although it's feathers today with Marina Osipova

my cat, Mab
Poor Fellow Cock
That morning, my seven-year-old son, David and I went fishing in a little pond that was a five-minute walk from our cottage. The path crossed a stream, which we could either ford or walk across, balancing on a thick log. We passed by a wooden peasant house inhabited by two sisters, Musya, seventy-two, and Dusya, seventy-five—the only natives in Gavshino, and a meadow where a dozen hens were pecking among the blades of grass. Every time, seeing them brought memories.
The very first year my parents spent in the country, Musya and Dusya sold my mother three tiny chicks. If the chickens were lucky enough to survive the summer, they spent the winter entrusted to their prior owners. If they survived the winter, the sisters returned them. This back and forth was repeated every year, although no one really knew if the same chickens came back since all of them were uniformly white.
During the fourth season in which my parents enjoyed fresh eggs every morning, one day, Musya and Dusya came to complain about their young rooster who aggravated the old one and didn’t let him approach the hens.
“Give me that poor thing,” my mother said. “How much do I owe you?”
“Ah, what are you talking about? Nothing, you owe nothing!
That very day, Dusya installed the old geezer in our homestead.
He was twice as big as the hens and had a hard, bright red, serrated comb. A fan of gold-yellow feather overlying the black ones covered his broad, strong breast. His long, plumed tail was a screaming combination of black, red, yellow, and dark blue.
My mother’s face lit up. “Ah, he is adorable! Thank you, Dusya.” 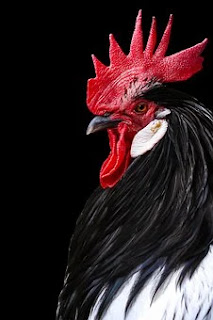 Perhaps inspired by our attention, with unabashed arrogance the rooster lifted his head and stared at Dusya with his angry little black-button eyes. Then, for some seconds, he looked at my father with his head cocked to one side as though assessing him, and after swaggering around the yard, he set off toward our three hens who were fully involved in their peaceful pecking business.
“What is his name?” my father asked, following the rooster with his eyes which suddenly grew damp.
“Name?” Dusya was taken aback. “Just Cock.”
In the days that followed, Cock bullied our hens, and they, clucking, scampered away in attempt to hide in bushes or in the henhouse.
His first victim was a bashful, slow hen named Masha. On the fifth day the rooster was with us, Masha lost her right eye, which for us solved the mystery of the old women’s one-eyed hens.
The next victim was my father. One early morning as he was leaving the henhouse with a bowl of eggs, we heard him screaming, “Damn it! Damn it! He bit me!” He came into the kitchen and glanced guiltily at us. “The eggs landed on the grass.”
In silence, we enjoyed a bread-and-butter breakfast.
Cock charged whoever appeared in his path, making us run for our lives. From then on, no one ventured out of the house without a thick stick. To keep us safe, my father pulled out planks from a wooden fence and positioned them everywhere around the house and by the door inside.
Despite our non-aggressive resistance, the atrocity escalated.
One day, as if to make up for his fate, Cock committed an unpardonable crime.
David was about ten months old, then. In fit weather, we put his playpen outside in the garden, sure that nothing bad can happen to him.
I was picking first cucumbers when, out of the corner of my eye, I noticed the rooster bore into the netting side of the playpen with persistence and vigour. David, fascinated, rose to his shaky legs, uttered, “Eeah!” and pushed his little fingers through a hole. The next moment, I heard his terrified screaming and ran to him. I picked him up in my arms and shushed him while he sobbed breathlessly.
At the family council, we decided we had to rescue David, our hens, and our breakfasts. “We will give him back to Musya and Dusya,” my father said, and the next day, he applied all his military training and strength to catch the rooster.
The operation was lost and without glory. That evening, we sat at the table, digesting my father’s strategic instructions. On a piece of paper, he indicated our positions with X’s, using arrows to show the directions of our troop manoeuvres.
The hunting commenced the next day, in earnest. At the sight of us armed to the teeth with sticks, my mother with a fly swatter, Cock raced around the yard, squawking furiously, until, after a flying tackle, he landed. We advanced on Cock from three sides, forcing him to the house wall where my father was ready to throw a fishnet over him.
We carried numerous attacks, and every time, Cock managed to escape from our grasp.
When at last we stopped to take a breath, he broke away and rushed head-over-heels through the village, his chopstick legs raising little clouds of dust. All of us, my father in the lead, sprinted after him, screaming, “Hold him! Hold him! Outflank him from the left!”
Cock friskily ran up to the draw well, made an elegant round without reducing speed, and boldly rushed to meet us head-on.
“Hey, people! What’s going on?” our neighbour Kolya shouted from behind his fence. His eyes widened in puzzlement, and he roared, “I know the bastard! He spoiled all my hens!” And so, he joined the pursuit, brandishing a rake and aiming to clobber the rooster over the head.
Cock was taken prisoner at sunset. The fishnet served its purpose, if not for fishes, at least for catching Cock. With our heads down, we returned him to the old women, but then we spent the evening in blessed silence and tranquillity.
The next morning, when my father stepped out of the house to enjoy the sunrise, we heard a resounding, “A-y-y-a! Bastard!”
We knew Cock was back.
Our war council made an immediate decision: Cock must be guillotined. It was not unanimous though. My father was against it, but it was adopted by a two-thirds majority.
My mother went to the old women begging them to catch the rooster. The rescue squad in the person of Dusya appeared in our yard. Without making a sound, she approached Cock from behind, deafened him with, “Sonofabitch!” and with energy of a young recruit threw herself forward. The next moment, she jammed Cock between her palms. He uttered a throaty, “Coouck,” and gave in.
An hour later, the younger sister, Musya, brought to our door a pitiful, wan body. Beheaded, plucked, and still warm.
The broth was delicious.
“I’m not hungry.” My father left the table and stepped outside to the comfort of the quiet and sunny afternoon.
That had been long ago. Nobody remembered Cock, or at least we never talked about the fate that overtook him. However, since then, chicken broth became an unwritten taboo in my family.
Marina Osipova
Helen: A word of warning LOL - don't Google for 'Black Cock' - you'll end up with sites you really didn't mean!  (use Black Rooster!) 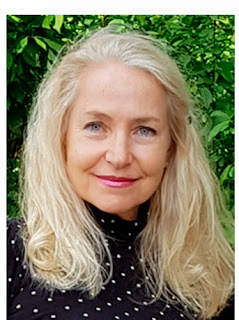 Marina was born in East Germany into a military family and grew up in Russia where she graduated from the Moscow State Institute of History and Archives. She also has a diploma as a German language translator from the Moscow State Institute of Foreign Languages. In Russia, she worked first in a scientific-technical institute as a translator then in a Government Ministry in the office of international relations, later for some Austrian firms. For seventeen years, she lived in the United States where she worked in a law firm. Eventually, she found her home in Austria.
MARINA OSIPOVA
Website: https://www.marina-osipova.com
FB link: https://www.facebook.com/marina.osipova.14
MARINA'S BOOKS:
THE CRUEL ROMANCE
HOW DARE THE BIRDS SING
More books on Marina's Amazon Author Page: US  UK
*** ***
Helens latest release is a cosy mystery set in 1970s
north London 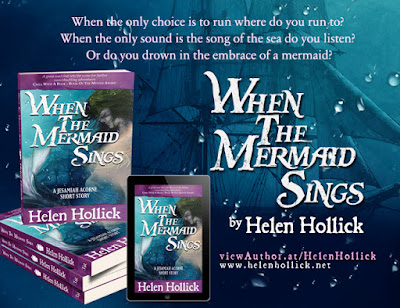