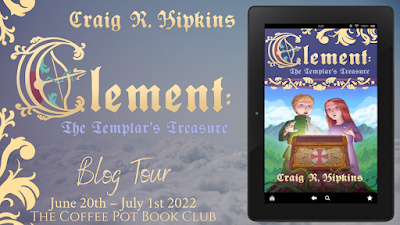 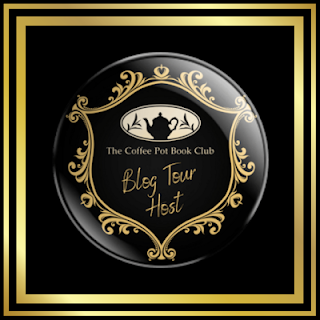 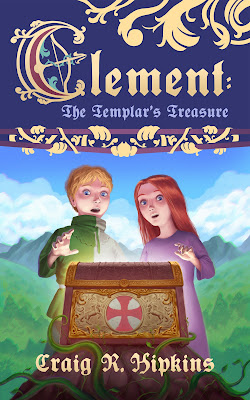 Clement & Dagena return for another action packed adventure. From the cold and dreary shores of Greenland to the fabled land of Vinland. The legendary treasure of the Knights Templar awaits.

A cold bitter wind was blowing when Sven and his small army of men reached the Nipmuck town near the base of the Lone Mountain. The village was quaint and tidy. Dozens of dome-shaped huts covered with bark, set closely together, dominated the town. A few of them were quite large, but most were small and sparsely furnished. They were arranged in a circle surrounded by a wooden palisade. Only a narrow lane with poles on both sides served as the entrance and exit. In the center of the village was a massive bonfire, where the inhabitants cooked their food and kept warm. A few other fires were scattered in the spacious well-trodden area, carefully located far away from any of the huts.

Dagena was led into the town by Guy, who had been instructed by Sven to not let her out of his sight. This pleased the sailor, as he took great pleasure in the young girl’s discomfort. All the villagers; men, women and children, nearly 300 people, had gathered around the bonfire, which was shooting flames nearly twenty-five feet into the sky. They had been waiting for the arrival of the Normans, numbering around 60, with their formidable iron swords. Some of them were wearing chain mail and helmets, but most were dressed in long tunics and cloaks. It was a rare sight for the Nipmuck’s to behold. Although a lot of the villagers were intimidated by Sven’s small army, the Nipmuck sachem was not one of them.

Shoshonin sat on a bearskin, a safe distance away from the fire. He was a large boned man with bulging biceps and long grey hair that fell past his muscular shoulders. Dagena estimated he was about fifty years old, perhaps a bit older. His face, bronzed by the sun, was weathered and scarred. He had been blinded in his left eye, the result of a death match with a Pequot warrior in his youth. The deformed eye had turned milky white. He barely stirred when Sven strolled into the village, but a few minutes later, when he saw Dagena, he rose to his feet. He was an imposing figure dressed in his bearskin. Around his waist was a belt made of wampum with its white and purple beads, which denoted his high status. Sven was watching the Nipmuck sachem’s reaction with interest. It was obvious he had never seen a Norman woman before, especially one with red hair. He walked around her, studying her carefully, examining her delicate features. However, when he went to touch her hair, she swatted his hand.

“How dare you!” Dagena exclaimed in his native tongue. This attack surprised him. His face widened and his grotesque looking eye seemed ready to bulge from the socket.

“You speak my language?” he questioned, hardly believing a Norman could be capable of such a thing. To him, the Norman tongue seemed to be an incomprehensible series of garbled utterings.

“A little,” she responded indignantly. She had practiced with Clement on the Bon Air and learned just enough of the language to get her in trouble.

He was towering over her. She cringed feeling his formidable gaze upon her. She thought of something. She knew Sven did not understand the Nipmuck language, nor did he have a desire to learn it. She was the only Norman in this village who understood both tongues. She smiled inwardly. She could use this to her advantage. Perhaps she could play both sides against each other, but she would need to be careful.

So far, Sven had only gained an alliance with Shoshonin by actions. He had joined them in their attack on a Wampanoag settlement two days after their arrival and then the Nipmuck’s had cemented their alliance by ambushing Adalbert’s party the next day.

She remained standing… defiant. She would show him she did not fear him. His face turned sour, but, at the same time, he was mystified. No woman had ever disobeyed him. He turned to Sven, who was watching the encounter with a dull interest.

“Do your women disobey you?” Shoshonin asked in his own tongue.

Sven lifted his head and shrugged. “I do not understand you. What are you babbling about?” He asked Dagena to translate for him.

She smiled. Here was a chance to humiliate Sven. She looked back and forth between the two men.

“Sven says his women rule over him,” she lied.

Shoshonin’s face dropped and, at first, he looked confused. Dagena thought maybe her response was lost in the translation. However, a slight smirk started to form around his mouth and then he suddenly burst out into a fit of laughter. The merriment was contagious. A few of his warriors, who had gathered around them, also began to laugh and point at Sven with mocking gestures. The Norman merely looked at them and shrugged, not understanding what they were so merry about, but suspected it might have something to do with Dagena’s translation.

“What did you tell them, girl? Why are they laughing at me?”

Dagena boldly walked up to him. Her upper lip was raised and her nostrils flared.

“Bring me back to Clement or I will destroy you!”

The laughter stopped and the Nipmuck’s looked at one another in wonderment. Sven had been sitting down on a log but he slowly rose. She did not cower, but merely looked up at him. His menacing figure loomed over her. For the first time, she had a good study of his face, the thick curling moustache with the red hideous scar running down his cheek. He was a vicious looking brute. He looked nothing like his nephew and she wondered how the two could possibly be related by blood.

“If you do not take me back, I will ensure Clement shows no mercy when he catches up to you!”

He grabbed her by the front of her cloak and pulled her to him so that their faces were only inches apart. She winced, closing her eyes, expecting to feel a stinging blow. She felt his hot breath on her.

“You little pig! I’m going to make you watch when I flay that little yellow haired dog from the top of his head to the tips of his toes.”

He shoved her away from him toward Guy, who was standing next to Webcowit with a look of cruel pleasure on his face. The sailor held her by the hood of her cloak and winked at her. She caught a quick disapproving glance from Webcowit but she knew it was not directed at her but the way she was being treated.

“Take her somewhere and do not let her out of your sight!” Sven roared.

Guy was elated. “Aye, sire. It will be my pleasure.”

The sailor pushed her along. She glanced back at Webcowit, hoping he would follow them, but he merely stood watching. She wondered where his brother was. Were they planning something? But if they were, why did they let Guy capture her and bring her all the way here? She knew they had taken orders from Shoshonin. He was their sachem, but they had obeyed him and were no longer bound by those orders. Their duty had been fulfilled. She could only hope…until Clement arrived. She wondered. Where was he?

This novel is available on #KindleUnlimited 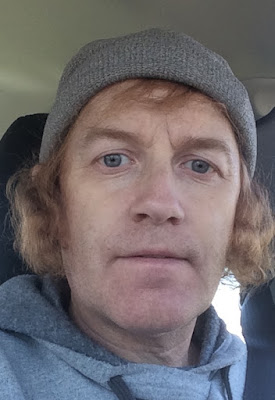 Craig R. Hipkins grew up in Hubbardston Massachusetts. He is the author of medieval and gothic fiction. His novel, Adalbert is the sequel to Astrolabe written by his late twin brother Jay S. Hipkins (1968-2018) He is an avid long-distance runner and enjoys astronomy in his spare time. 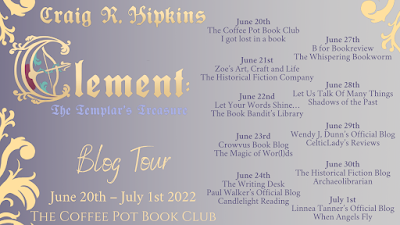 The Jan Christopher Cosy Mysteries
set in the 1970s
http://mybook.to/AMysteryOfMurder
~~ ~ ~ ~
The SEA WITCH VOYAGES
nautical adventures set during the Golden Age of Piracy
* * *
Plus many more...
fiction, non-fiction
www.helenhollick.net
~ ~  ~ ~ ~ ~ ~
Email ThisBlogThis!Share to TwitterShare to FacebookShare to Pinterest