Thursday Thoughts - The horror of being without the Internet

It seems a recent trend here in the UK (well England at least) is to steal copper cables. These cables are things such as essential wiring on railway lines to signals and points - and also going "walkabout" is telephone wiring. 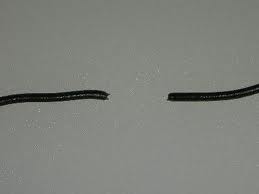 Homes in part of Suffolk have been left without telephone connection after thieves stole 1,300m of cable. 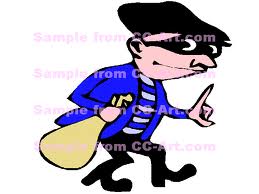 At least 300 homes have been cut off in the Eyke exchange area after three large cables were cut on Friday morning. Engineers are still trying to discover the extent of the damage to existing cables, which has been described as "severe".
A spokeswoman for BT said it could take days before the lines are reconnected. "Due to the scale of the damage and the ongoing assessment, it's not possible to say at the current time when the repairs will be completed," she said.
Some of the stolen cable was left by the roadside and has been recovered along with some of the damaged cable underground. Engineers must now feed new stretches of cable through underground pipes before they can start connecting each line to individual households and businesses.  original article:

HUNDREDS of baffled villagers in Elton found themselves without landlines or internet for more than a week after thieves stole underground cable.
The theft caused havoc for residents and businesses – including the village post office and Spar branch – with telephones, card payment machines and ATMs out of order. article link

Now don't ask me exactly how thieves steal large sections of underground copper wiring, I don't know the logistics, and frankly, I don't really care .... the point is some Tea Leaf stole the cable wiring for the telephones in my local area.
Which meant no telephone... and even more annoying no internet.
And that was the problem - no Facebook. No Twitter for ten whole days. No e-mails, no Googling, no COMMUNICATION...

It was annoying, frustrating, inconvenient, irritating - but most of all, it was unsettling.
The fact that I was cut off from the many lovely people (I go so far as to say friends) I "chat" to on the 'Net was devastating.
No, it wasn't a case of realising the addiction I have to Twitter, or the obsession with Facebook - the deep dark hole of not being able to log on / log in.

It was the utter devastation of not having anyone to cyber talk to. That feeling of being completely alone, isolated and cut off.
So I would like to say how much I value all of you who are bothering to read this.
There again, maybe I'm deluding myself.
Not many people seemed to notice that I was missing for those ten days....
(wanders off, scuffing feet. Checks e-mail: no new messages.... checks phone.... phew, we have a dial tone... checks BT HomeHub... yep, little green connection lights are flashing away...)
picks phone up again, whispers.... "Hello? Is there anyone there?" 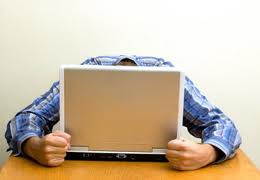 (whatever did we do before we had the Internet?)