The Next Big Thing (Tuesday Talk)

I've been tagged.
So what does that mean - and what's this "Next Big Thing" thingy all about?

The nitty gritty of The Next Big Thing Blog Hop is that I do a blog post answering the questions below and mentioning the person who tagged me, and at the end of it I mention the authors I’ve tagged in the chain.

I was tagged by fellow writer Isabelle Goddard who writes Regency Romances.  She has published three novels and a fourth is in the pipeline. Recently, she’s moved on to Victorian England with Walking Through Glass which tells the story of a forgotten tragedy and the way echoes from the past can powerfully influence the life of a modern day heroine. (Which is a very similar theme to my next novel ... read on...)

I'm instructed by Isabelle to tell you all about my next book by answering these ten set questions, so here I go!

What is the working title of your next book?
My next book due out is called Ripples In The Sand – the Fourth Sea Witch Voyage. 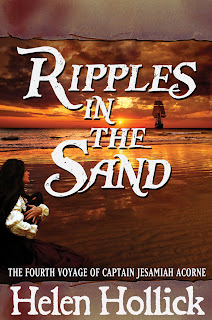 Where did the idea come from for the book?
As it is the fourth in a series I have a rough idea for the first six  – basically for Ripples, my Pirate, Jesamiah Acorne, sails to England with a cargo of tobacco which he wants to sell. Needless to say,  things don’t go as planned…. 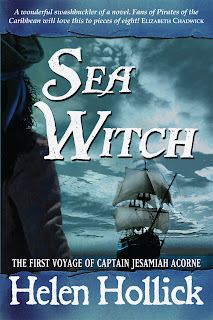 What genre does your book fall under?
Historical Adventure with a touch of fantasy.

Which actors would you choose to play your characters in a movie rendition?
Someone new and unknown for my pirate please, and I’d rather have the Sea Witch Voyages as a TV drama series, not a movie.
The nautical equivalent of Bernard Cornwell/Sean Bean’s Sharpe.

What is the one-sentence synopsis of your book?
All Captain Jesamiah Acorne wants to do is sell his (legal) cargo of tobacco, but being captured by the Spanish, meeting with an old flame, and (illegally) breaking his wife’s brother out of jail – aided by the remnants of the notorious Doones of Exmoor – is not part of his plan.
(LOL - I cheated with a long sentence!)

Will your book be self-published or represented by an agency?
Self-published with an assisted publishing company www.silverwoodbooks.co.uk

How long did it take you to write the first draft of your manuscript?
I had several unavoidable hold-ups from that annoying thing called Life, one of them being my previous UK publisher went bankrupt. This proved a good thing in the end, however, as the MD was, I discovered, not entirely reliable financially (that's being tactful), so I moved to the fabulous Indie company SilverWood Books UK. Best decision I’ve made in a long while.
This meant having to re-edit all my files as the finals were not returned to me by said bankrupt scoundrel – editing seven manuscripts in less than four months and writing a new novel were not compatible tasks, so Ripples In The Sand took a lot longer than I intended - my deepest apologies to all Jesamiah’s patient fans!

What other books would you compare this story to within your genre?
The Sea Witch Voyages are a blend of Hornblower, Sharpe, Flashman, Pirates of the Caribbean and Indiana Jones (OK I cheated on the last two as they are movies!) 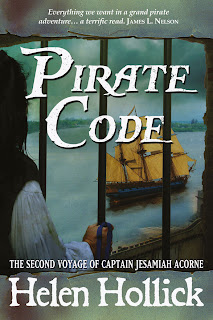 Who or What inspired you to write this book?
Jack Sparrow. I loved the first Pirates of the Caribbean movie, a Good Fun Yarn, not meant to be taken seriously, just enjoyed. To follow the fun I  looked for novels that were similar – nautical tales with a twist of fantasy and a dashing rogue of a pirate captain – but I could only find straight nautical fiction – C.S. Forrester, Patrick O’Brian, Alexander Kent, Julian Stockwin etc, all very good novels, but not remotely akin to  Jack Sparrow.
So I wrote my own. And fell n love with my character Jesamiah in the process. 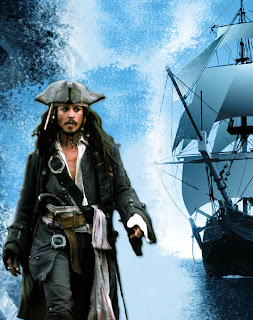 What else about your book might pique the reader's interest?
I have added a touch of fantasy to the  Sea Witch stories: Jesamiah's girlfriend/wife, Tiola (pronounce it as tee-o-la, short and quick,  not a long middle vowel: Tee-oh-la)  She is a healer. midwife - and a white witch. I wanted to create her to be believable, though. She can only use her Craft for good, and not in every circumstance. No waving magic wands to get Jesamiah out of trouble! I think of her ability as like the Force in Star Wars, not as in the magic of Harry Potter. 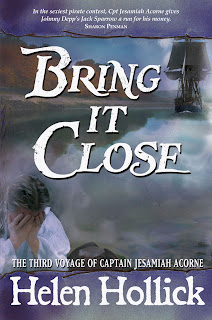 For my other novles please visit my Main Website

Here are the authors I've tagged who
will tell you about their
Next Big Thing!

Debbie Young : Off The Shelf and her website Her new book Sell Your Book - hints and tips for new writers on how to get your book noticed

Ripples In The Sand - publication date
early December
(in time to celebrate my pirate's birthday!

My thanks to  Isabelle for tagging me!