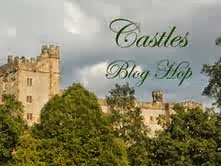 …. Except of course, IF Arthur had existed, and IF he had a headquarters it would not have been a castle with flags waving from the turrets,  a drawbridge and portcullis, a bailey – stone walls, dungeons (and no dragons). The romantic view of King Arthur’s Camelot is a fairy-tale type castle, with knights in armour, swooning ladies with pointy hats, a magician or two stirring potions in a cauldron and jousting in the courtyard – oh and a round table in the magnificent tapestry-adorned Hall.

Sorry to disillusion. Apart from the fact that no one is certain whether Arthur did exist or not, if he had been a bona-fide, genuine, historic character he would have lived in the late fourth or early fifth century Britain, between the going of the Romans and the coming of the Anglo-Saxon English. 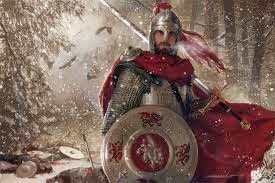 His realm would have been Britain – that’s the area we today call England and Wales, possibly the lowlands of Scotland as well.
In Arthur’s time, the Welsh were Britons, the Scots were Irish, the English were German and the Romans were… well, in general, from anywhere apart from Rome! Englalond (England - Angle-land) as a single Kingdom under one King (Athelstan) did not exist until much latter - 927 in fact! 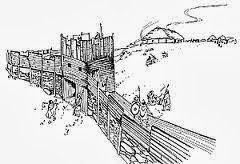 And Arthur’s ‘Castle’? It would have probably been a semi-derelict Roman Fort, or a re-vamped iron-age hillfort.

Cadbury Castle in Somerset is a leading contender, and the place I used for Arthur’s main fortress in my Pendragon’s Banner Trilogy. Excavations discovered that the place was indeed occupied in the Arthur’s period (again assuming he did exist!)  Tintagel, in Cornwall is another favoured location, and this, too, was occupied in the ‘Dark Ages’ of the fifth century – but there has never been anything found to prove that the lord who lived there went by the name of Arthur.

Camelot is first mentioned in Chrétien de Troyes' poem Lancelot, the Knight of the Cart, dating to the 1170s (and I hate to be the bearer of bad tidings, but Lancelot is an imaginative figure of twelfth century Romantic Fiction – he did not exist in reality.)
The poem does not suggests the high importance that Camelot would have in later tales. Here, Arthur's court was  Caerleon in Wales, cited as the King's primary base in Geoffrey of Monmouth's Historia Regum Britanniae. This Arthur is a typical medieval monarch, holding court in a number of castles. Only in the thirteenth century do we see the French romances including Camelot as a grand seat of a noble and just King Arthur.

I doubt that we will ever know the truth, but while there are authors, poets, artists and actors, Arthur – and Camelot - will never be forgotten!

But perhaps the best view of Camelot is this one .... Enjoy! 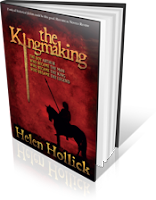 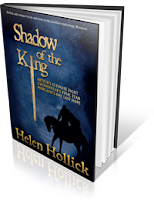 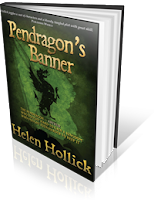 Castles, Customs and Kings Blog Hop!
Be ye Knight, Lady or Squire - travel onward on Progress
through the Noble Realm of Blog Hop
to thy next destination


The Castles, Customs, and Kings Blog Hop
- to celebrate the release of 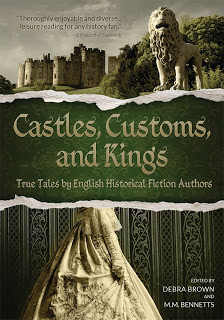 “...a fountain of knowledge penned by wordsmiths with a passion for the past.”
–Helen Hollick, novelist

A compilation of essays from the English Historical Fiction Authors blog, this book provides a wealth of historical information from Roman Britain to early twentieth century England. Over fifty different authors share hundreds of real life stories and tantalizing tidbits discovered while doing research for their own historical novels.

From Queen Boadicea’s revolt to Tudor ladies-in-waiting, from Regency dining and dress to Victorian crime and technology, immerse yourself in the lore of Great Britain. Read the history behind the fiction and discover the true tales surrounding England’s castles, customs, and kings!