What happened after 'Zulu'? David Ebsworth fills in the gap

So you enjoyed the movie Zulu (you know that famous one with Michael Caine and the amazing sound effects) Have you ever wondered "What happened after that battle at Rorke's drift?"

Well, now you can find out with David Ebsworth's most recent novel The Kraals of Ulundi

Dave, can you tell my Blog visitors a bit about the book?
Yes, of course. It’s set in 1879 and tells the story of the unprovoked invasion of Zululand in a South African land-grab that British history likes to call the Anglo-Zulu War. In the middle of the conflict, the British forces were joined by an unusual observer, the French Prince Imperial, Louis Napoleon. He fell into an ambush and tragically died there. It was a story that I’d known for a long time but hadn’t been covered, so far as I could tell, in any work of fiction. So I decided to use this incident as the catalyst around which my three main characters are linked. 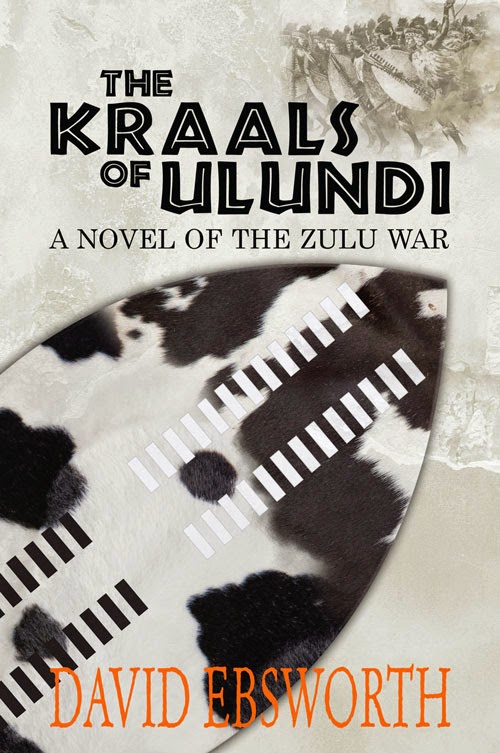 I see that it’s fifty years since the release of the Michael Caine film, Zulu. Is it just coincidence that you’ve published Kraals now?
I have to be honest about this. When I was writing Kraals, I hadn’t thought very much about this being the film’s 50th anniversary. It was a couple of colleagues from the Anglo-Zulu War Historical Society who brought this aspect to my attention. But it’s been very helpful with the publicity. So more coincidence than clever marketing – or maybe it was just fate, eh?

And you think there’s still an interest in the Zulu War?
Not as much as the conflict deserves, really. It’s definitely neglected badly by fiction writers. Yet it still generates quite a few non-fiction books every year, and there are several Zulu War societies that are all flourishing. Besides this, the various Battlefield Tour companies in KwaZulu-Natal attract phenomenal numbers of visitors all the time.

Zulu is an iconic movie for the British film industry, but it gets panned a lot for not being historically very accurate. Do you agree with its critics?
Only to a certain extent. The film tells the story of the defence of the mission station at Rorke’s Drift on 22nd-23rd January 1879. The garrison consisted of 104 men from ‘B’ Company, 2nd Battalion, 24th Warwickshire Regiment plus a small number of sick and injured – no more than 140 defenders in total. And they held out against an attacking force of 4,000 Zulus. The film was co-produced by Cy Enfield and Stanley Baker (who also played the starring role, of course, as Lieutenant John Chard). Baker, a staunch Welshman, decided to give the Rorke’s Drift defenders a much stronger Welsh presence than was factual – including having tenor Ivor Emmanuel sing Men of Harlech. But its worst crime was to turn the character of Henry Hook – one of the bravest and most revered of those awarded the Victoria Cross for his actions – into a malingering anti-hero. There are lots of lesser inaccuracies too, naturally. But, in the end, this was never intended as a documentary, but as a piece of lavish entertainment. And there can be few ‘war’ movies in the entire history of cinema that have done it better. It’s spectacular, and captures the ‘spirit” of Rorke’s Drift beautifully. In addition, the film gave countless thousands of people an abiding passion for the Anglo-Zulu War that has never been diminished by our eventual realisation that Zulu may have had one or two flaws, after all.

So where do you stand on the whole issue of accuracy in historical fiction?
Basically, I believe that Historical Fiction should be as factually accurate as possible. Apart from anything else, our readers won’t tolerate too much sloppiness in that regard. On the other hand, we’re writing fiction. Against a historical background, granted, but fiction all the same. And, like the co-producers of Zulu, our job is to entertain. So I think it’s OK to consolidate huge numbers of historical figures into a smaller number of representative characters; or to slot imaginary characters into historical scenes; or to composite repetitive events into a shortened series of actions; or to use our imagination to fill gaps where there are no definitive ‘facts’ – but only ever on the basis that, where I may have tweaked such things, I always explain them carefully in my author’s notes.

And your main characters, are they fictitious or based on real people?
Kraals picks up the story from the perspective of three main characters.  The Zulu warrior, Shaba, is based on the real-life Xabanga, who struck the fatal blow that killed Louis Napoleon. The Englishman, Jahleel Brenton Carey, is a mostly accurate depiction of the lieutenant who led the fateful patrol. But the renegade trader, William McTeague, is a purely fictitious character, though based more broadly on the personality of John Robert Dunn (who also makes a brief appearance in the novel).

In your author’s notes, you make a direct link between the Zulu War and the whole story of modern South Africa. Can you explain this?
Let’s go back to Zulu for a minute. You’ll remember all those hundreds of real-life men and women who portrayed Cetshwayo’s warriors and their new brides? Well, when the film was released, in 1964, none of those folk were permitted by the South African government to either be paid, nor to see the finished film – for fear that it would spark a wave of revolt against the Apartheid regime. As it happens, they were paid by the producers ‘in kind’ so that they received all the cattle that also appeared in the relevant scenes. But that repression of the Zulus, and all other Black South Africans, began with the British invasion of their independent kingdom, the total destruction of their economy and way of life, in 1879. It was disastrous British foreign policy that marginalised the Zulus and directly paved the way to Afrikaaner domination and Apartheid.

And you went to South Africa itself while you were writing Kraals. Can you tell readers why you went and give them a flavour of the trip?
Yes, the best trip we’ve ever made, I think. My original intention was to check out the locations and also, maybe, to make contact with folk who could help me with some of the Zulu language and culture issues in the book. So we followed the same route that the story takes, more or less. We visited the dramatic and moving battlefield sites – and you have to bear in mind that the war continued for another six months after Rorke’s Drift. But we also spent a lot of time with the fabulous wildlife of KwaZulu-Natal. It’s a most beautiful region of South Africa, and the Zulus themselves are still astonishing people. So I owe a huge debt of thanks to Mabusi Kgwete in Durban for all the time she spent in correcting my isiZulu.

So, to finish, can you summarise the book in about a dozen words?


What about this? The Kraals of Ulundi picks up the story of the Zulu War where Michael Caine left off. 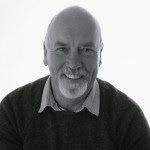