So Did King Arthur Really Exist?

(Tuesday Talk - recycled post - first published some while ago) 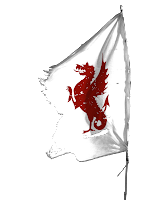 King Arthur - the story as it
might have really happened?


What is the truth behind the familiar stories of King Arthur and the Knights of the Round Table? There is no evidence for "King" Arthur ever existing - but the stories must have come from somewhere - or someone. Surely? 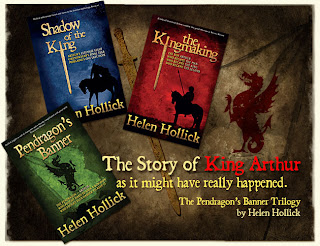 My Pendragon's Banner Trilogy strips away all the made-up Medieval myth and mayhem and delves deeper into history, uncovering the early, more real version of the man we know as 'Arthur'.

Here you will find no Merlin, no Lancelot. No holy grail, round table or knights in armour. Instead, a believable warts and all Arthur, set in the Dark Ages of the 5th & 6th centuries between the going of the Romans and the coming of the Anglo Saxons.

This is the story as it might have really happened.
Arthur is no chivalric Christian King in this tale, but a man who has to fight hard to win his kingdom - and even harder to keep it!

So Who Was The Real King Arthur?

Anything connected with King Arthur must only be conjecture; there is no factual proof of evidence for his existence, which is why so many historians/ authors/ enthusiasts argue like mad about the various theories, everyone insisting their idea is the truth. I usually take a middle ground and agree to disagree.
The matter of Arthur, however, must be regarded with caution.
If Arthur existed there is nothing factually concrete to place him in an exact period. Was he pre-Roman? Romano-British, post Roman or early British-Saxon? Or, as some believe, much later, 11th- 12th century?
Existence in the later period is highly unlikely as he would have been well documented, so Arthur most definitely did not clank around in armour,  live in a stone-built, turreted castle or undertake chivalric deeds as a courtly  knight.  Post Roman seems the more likely placing, in that chaotic ‘Dark Age’ time between the going of Rome and the coming of the English (roughly 450 – 550 AD)

I personally think the scanty references we do have that mention Arthur (Gildas, Nennius etc) are fairly accurate records, but unfortunately the Medieval monks – and the Victorians - altered so many ‘facts’ that the truth has become distorted, i.e. the Victorians invented horns for Viking helmets, scythes for Boudica’s chariot – and everyone in early history (except Vikings) was vertically challenged height-wise!
The good thing about Arthur, for us authors, is that we have a free rein to write what we want, within (and even outside of) reason.

When writing the Pendragon’s Banner Trilogy I chose to have no myth, magic, fantasy or  Norman make-believe. I did not want Lancelot, the Holy Grail or Arthur as a chivalric King. There was to be no Merlin, no magic sword in the stone. Nor was there to be the love triangle. I plain and simply do not see Arthur as a cuckolded king.

I went back to the early Welsh legends which portray him in a very different light. We have Arthur kicking a woman, stealing cattle – there is even the possibility of him killing his own son – these story-lines conjured a far more intriguing, and in my mind, believable man than the Medieval King Arthur. Would a king of that period really allow his queen to swan off with his best knight? I very much doubt it!
Plus, I could not see Gwenhwyfar as I call her (Guinevere) falling for a goody-two-shoes like Lancelot anyway. (Boy am I going to get some stick for writing this article! J)
Those earlier legends intrigued me: why did Arthur kick a woman, what were the circumstances that made him steal cattle from a monastery. How/why did his son die? Add to that there were references to three sons in all (not including Mordred) One was killed by a boar, one by his own father, one was the son of “Arthur the Soldier”. I couldn’t resist the drama of using those three tragic tales, and of course I do not doubt that Gwenhwyfar was their mother.

I am of the firm conviction that no king worth his salt would have gone off in search of a Holy Grail leaving his kingdom open to unrest. Mind you, Richard I did just that, I suppose , abandoning his kingdom in favour of the Crusades – but then, I consider he was useless as a ruling king for England, so I rest my case. The Holy Grail story-line was nothing more than Medieval spindoctoring to promote the glory of the Crusades. ‘Your Kingdom needs you! Join Arthur in the Quest for the Holy Grail – come on Crusade!’
But there is, I discovered, a logical pointer to Arthur leaving his kingdom and going off on a ‘quest’. A man called Riothamus fought against the migrating tribes threatening Gaul and his own Brittany.

Brittany  in the Dark Ages was a part of Britain, an extension of Cornwall, and Riothamus – who definitely did exist – was probably only a title meaning something like ‘King Most’ or ‘Supreme Lord’. So here was a good, believable explanation as to why Arthur left Britain; he was defending his own territory, not going off after a mythical holy goblet.

I decided to use this theme in the third part of the Trilogy, Shadow of the King, as I wanted to write something different to what was usually expected. What if Arthur was Riothamus and he took his Artoriani Cavalry to Brittany? And what if he did not come back, because he was presumed dead?
Of course, I am not going to answer those questions, you will have to read the book, but I will leave you with this thought to chew on:
Mordred is named as Medraut in the early legends, and there is not one mention of him being the evil toad he becomes in the later Medieval tales. He may well have been Arthur’s fourth son, possibly illegitimate, but the reference states:
“The battle of Camlann, in which Medraut and Arthur fell.”
It is a distinct possibility that he fought – and died -  on Arthur’s side.
The nice things about combining legend with fiction is that as long as it is plausible, anything will make a good story. And while there is enough imagination to go round, and people are willing to keep writing, there will always be good, entertaining stories about King Arthur, be his story set as what might have rally happened, as a knight in armour, a sleeping Time Lord or as a space man in a space ship.

Who cares? Hurrah for imagination and the darn good story teller.
Long may Arthur reign as King of Fiction.

From my Author's Notes
The Kingmaking

There is very little evidence for what really happened in the hundred years or so between the going of the Romans and the dominance of Britain by the Anglo-Saxons, the English. There is a period of myth and romance, a Dark Age where knowledge has been forgotten and replaced by stories. As time has passed, these tales have become more and more distorted; events and characters exaggerated or invented. We have a few, challengeable facts and even fewer names, the best-known being Arthur and his wife Guinevere or, as I call her, Gwenhwyfar.

I have used the Arabian type horse for Arthur’s mounts for no reason except I like the breed. There have been many horse bones found on Roman sites that are very similar to this distinctive horse, so my whim is not entirely fanciful - and no one is certain just how or when the Arabian features were first bred into the sturdy Welsh breed of today’s ponies. I like to think this was Cunedda’s doing!
There possibly really was a massacre of Vortigern’s Council; Gloucester (Caer Gloui) is renowned for flooding; and archaeologists found a Saxon brooch among the broken Roman roof tiles in Londinium…

What are your views on Arthur? Please feel free to leave a comment 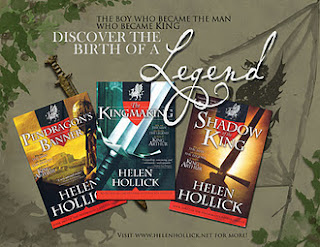 also available on Nook, etc
Email ThisBlogThis!Share to TwitterShare to FacebookShare to Pinterest