Black Sails on the Horizon

My guest today for Tuesday Talk is Kelly Stambaugh - a great fan of the TV series 'Black Sails'... so set sail for an interesting Pirate Post
(warning: contains spoilers) 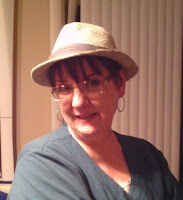 What is our enduring fascination with the Golden Age of Piracy?  Is it the romantic notions of previous generation’s offerings such as 1935’s “Captain Blood” starring heartthrob of the era, Errol Flynn, or possibly it is Robert Shaw’s campy portrayal of Red Ned Lynch in 1976’s “Swashbuckler”? Or Even the silliness of Johnny Depp’s Captain Jack Sparrow in the “Pirates of the Caribbean” franchise?  While all these have their individual merits and are quite entertaining, none are ‘true to life”, or claim to be.

Or is it something deeper seated within human nature?  The pirate’s ability to throw off the strictures of society?  Do as they pleased, thumbing their noses at conventionalism?  Maybe.  Maybe it was the desire to be free on the open ocean, sailing where and when they wanted?  Or to escape the indenture to the British Navy?  Possibly.  Famous names such as Charles Vane, ‘Calico’ Jack Rackham, Anne Bonney and Blackbeard always illicit a thrill down one’s spine and an admiration for their uncompromising freedom.  But whatever the reason, our obsession with the Golden Age of Piracy lives on into the 21st century. 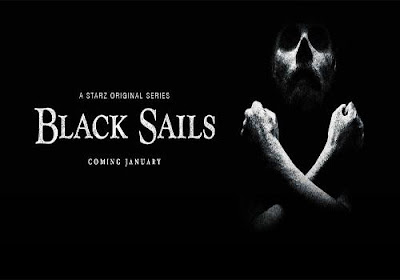 This point is proven with the wildly popular “Black Sails” original series offered by the Starz Channel.   Taking place roughly 20 years prior to the events of Robert Louis Stevenson’s classic adventure novel “Treasure Island”, “Black Sails” is television’s latest offering in the pirate genre.  In this drama, Captain Flint (played by British actor Toby Stephens) is still very much alive and terrorizing the Caribbean on his vessel The Walrus.  The first Prize we, as an audience, see him take contains a very young and somewhat naïve John Silver (portrayed by Australian actor Luke Arnold) with all his limbs intact.  Though naïve, John Silver is extremely intelligent and all about his own survival.  Bargaining his way on to the Walrus as a cook, the partnership inferred in “Treasure Island” begins.  Throughout the three seasons that have already aired on American television, you see the relationship between Flint and Silver grow…..the reliance on each other, Silver tempering the mania contained within Flint’s mind while descending into the darkness with him, and realizing Silver himself enjoys it.

This program is not for one looking for a romantic romp through the world of the pirates.  In it’s realistic portrayal of the gritty underbelly of blood-thirsty pirates, you see the filthy living conditions, the sexual promiscuity, blood-shed, and political machinations between, not only the individual pirate crews, but also between the pirates and the English, in the form of Woodes Rogers, who wishes to reclaim New Providence Island for the Crown.

One could make the assumption that a drama series about pirates would be focused on just the men, the women being relegated to the ‘damsel in distress’ being saved by our hero roles.  Not so with “Black Sails.”  Though a predominately male cast, there are three very prominent and strong female leads in the characters of Eleanor Guthrie (played by Hannah New), Anne Bonney (played by Clara Paget), and Max (played by Jessica Parker Kennedy).   Eleanor, the Trade Boss of Nassau, is at the pinnacle of her success as the series opens, but we see her fall from grace and land herself in an English prison only to claw her way back to a position of prominence and power.  Anne, is as blood-thirsty and psychotic, as any of her male counterparts; but she is devoted to the pirate cause and her partner, Captain Jack Rackham (played by Toby Schmitz).  And then there is Max; the cunning and conniving whore “of little consequence”, until the fall of Eleanor Guthrie, when she steps into Eleanor’s shoes.  These women stand toe-to-toe with the deadliest pirates known to history or fiction.


“Black Sails” is the perfect blend of historical, fictional, and literary characters.  As I have mentioned, Captain Flint and John Silver, but also Billy Bones and Ben Gunn from “Treasure Island”.  They have also drawn heavily from history to use Charles Vane, Ned Lowe and, of course, Edward Teach (aka Blackbeard).  The creators have developed their own completely fictional characters in Eleanor Guthrie, Max, Mr. Featherstone, Jacob Garrett and the tragic Mr. Muldoon.  The rich, multi-faceted and multi-layered characters and stories play out against a backdrop that is both the seedy underside of Nassau, but is also visually stunning at the same time; making advantageous use of the natural South African landscape.  No wonder the Production Effects and Sound Editing team has been nominated for Prime Time Emmys each year the show has been on the air with a win in 2014. 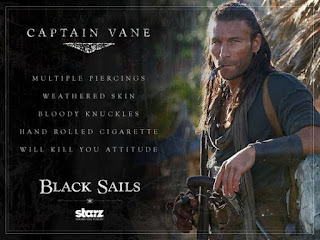 The moment I hear Bear McCreary’s title music begin, a chill runs down my spine and I know I am in for an hour-long wild ride. 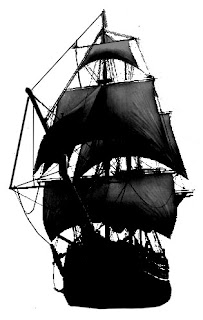 Please Note
if you have not seen the series, it is adult viewing and contains scenes of
violence, nudity, drugs and explicit sex.
Apart from that its fine!