... And the Best Supporting Role Is... Fred Kung 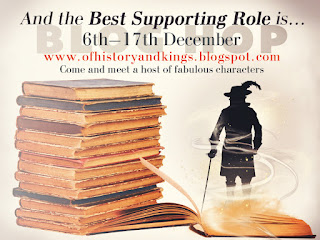 We all know the protagonist is the hero (or anti-hero!) of a novel. He or she usually has a companion main character, often the ‘love interest’ or mayhap the stalwart side-kick, but what about that next rank down: the supporting role guy or gal? You know, the one who doesn’t get Best Actor, but Best Supporting Actor at the Oscars. I thought it time that some of these supporting cast characters had a chance to step from the shadows of novels and have a turn in the limelight.

So, a rousing round of applause please for…Fred Kung

a Supporting Role Character from Britannia’s Spartan
by Antoine Vanner 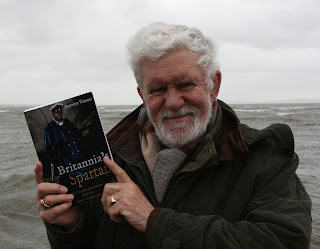 Helen: Hello, I believe you appear in Antoine Vanner’s novel Britannia’s Spartan, set in Korea in 1882? Would you like to introduce yourself?

Fred Kung: I’m Kung Li, Ma’am – though you foreign devils know me as Fred Kung. An Englishman who met me in Korea called me a “Yankee Chinaman” and the Chinese call me American. I came to the States in ’66, just another illiterate coolie shipped across to drill and hack and freeze and die to drive the railroad through the Sierra Nevada. I see you’ve been trying to be polite Ma’am, pretending you haven’t noticed that my right hand is mutilated. But take a look – it doesn’t worry me. Just a thumb and little finger. Nitro-glycerine and Central Pacific Tunnel Number 6 did it an’ it was best thing ever happened me. They gave me twenty dollars for it and cut me loose.

The rest of my team were buried in a rockfall a week later. Did you know what all those thousands of poor despised drudges on the railroad feared more than death itself? Burial in foreign soil, Ma’am. I’d got those twenty dollars that I could start in business with and those coolies were ready to pay me a few cents a month for assurance that they’d be shipped home to their ancestors. Good business too, because the supply of corpses never failed, and I made enough to branch out into deals with ship-owners and money-lending and a few lines of business that a lady like yourself wouldn’t want to know about. I paid a washed-up Chinese trader to teach me to read and write what I’d been speaking all my life and a drunken American schoolteacher was glad of a few bucks to school me in good English. And when I’d made enough to buy an American education I got one at a Presbyterian college near Oakland. Yet for all the talk there about gentle Jesus sweet and mild, and brotherly love, I was still a Chinaman in America, a Chink, a Celestial, a jumped-up coolie, still despised, but one who by now could talk and think and reason like an American as well as a Chinese. So I had something that both Chinese and Westerners would pay well for, an understanding of the other side’s way of thinking. I could be anybody’s go-between – at a price – and that’s why I ended up in Seoul, Korea, in 1882. 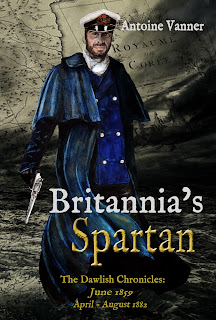 Helen: what role do you play in the novel?
Fred Kung: Let’s just say Ma’am that I was representing the interests of the Chinese Empire and doing jobs for the ambassador that he couldn’t be seen doing for himself and saying things he didn’t want to be heard saying. China had nominal sovereignty over Korea for centuries but now the Japanese were out to displace us. They’re impressive, damned impressive, have made themselves a modern industrial and military power in a way that China hasn’t, and they’ll stop at nothing. The Korean king was a weak fool whom they intended to control. And the only real man at the court was his wife, Queen Min. What a woman she was! Smart and beautiful and deadly as a rattlesnake, ready to make a deal with Satan himself if it would keep the Japanese out.  And when this British naval officer, Captain Nicholas Dawlish, arrived on a diplomatic mission I saw that he could be useful for the game I was playing. It turned out to be a more dangerous one than even I expected and I guess we each of us ended up using the other for our own ends.

Helen: No spoilers. But are you a ‘goody’ or a ‘baddie’? (Or maybe you are both!)
Fred Kung: I’ve learned one big lesson in life, Ma’am. It’s that they – whoever ‘they’ are – can do anything to you that you’re not strong enough to stop them doing.  When you’ve started lower than an animal – as I did – you can’t afford to think much about good or bad. You think about survival. But if you’re smart you think beyond that, you think of prevailing, of taking for yourself what nobody wants to give you willingly. So, good or bad, what matters to me is that I can sell my services high. I may not be liked, but I’m needed, and I’ve got to keep it that way. And I’ve got to stay alive too when so many would like to see me dead. That’s why my bodyguards are Uighurs from Western China, mean twenty-four carat sons of bitches who’re loyal to nobody but me, and that only because I pay them well.

Helen: So you support the lead character? Who is he or she and tell us a little bit about him or her?
Fred Kung: ‘Support” isn’t really the word, Ma’am. Let’s just say that my interests coincided for a while with those of Captain Nicholas Dawlish. He’d come to Korea to get a few codicils to a treaty signed but things exploded just as he got there. The situation developed in a way that nobody – least of all the Japanese – expected. He wouldn’t like to admit it himself, but Dawlish was a bit of an innocent in the snake-pit that was Seoul – he was lucky, with my help, to get out alive. And after that things developed in a strange and dangerous way off the west coast. But Dawlish was commanding a British warship – the Leonidas – and that was critical to resolving matters to Britain’s benefit and to China’s. It was touch and go and a bloody business, but it also made me richer than I could have expected.

Helen: Now be honest – what do you really think of this lead character!
Fred Kung: This Captain Dawlish, Ma’am? I like him, probably more than I can afford to, but to be straight with you, I think he’s something of a fool. He’s clever and he’s brave, but he doesn’t see that his notions of honour and duty don’t profit him. They’ll get him killed at some stage and the people he risks his life for won’t give a damn whether he lives or dies as long as their interests are served. He’s ambitious, no doubt of it, but that idea of honour comes into it again and financial gain doesn’t enter it at all. He left Korea not a penny richer or poorer than when he came, while I did well out of it financially – just how well you’d need to read the book to find out. I guess that when you’ve grown up comfortable in a country where the law protects you, then you can afford to think like Captain Dawlish. I couldn’t.

Helen: Do you like being the ‘supporting role’ or do you wish you could have a lead part in a book of your own?
Fred Kung: Like I said, Ma’am, I didn’t support anybody. Interests coincided temporarily and that’s the basis I judge any relationship on. And yes, my life could be considered adventurous, and I’ve now got a lot of irons in the fire in places you might not expect in East and South-East Asia, and in California and in Oregon too. But I’d prefer that nothing is known about them. I’m none too happy that this writer, Antoine Vanner, has been prying into my affairs and I’ll give him no help to write anything else about me. The trouble is that this may encourage him all the more to do so.

Helen: What is one of your least favourite scenes?
Fred Kung: I guess nobody would enjoy being trapped in a palace while the guards are being butchered outside and a mob is breaking in and the queen herself – who’s vital to my interests – is preparing to die calmly like Cleopatra, no matter what the cost to anybody around her. That was a good moment to have Captain Dawlish present. If you’re going to die it’s best to be in good company.

Helen: and your most favourite?
Fred Kung: No doubt of it – at the end of the book. As I mentioned, a deal I did well out of. 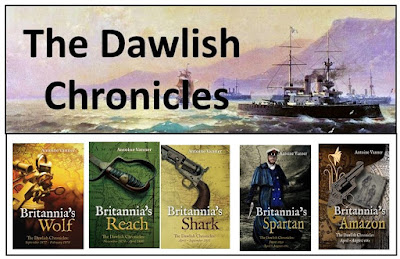 Helen: Now something for the intrepid author, Antoine Vanner, to answer. You can invite six fictional characters (not your own!) to Christmas Dinner – who will they be? 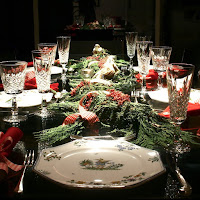 Horatio Hornblower: A bit taciturn to start with, I suspect, but able to bring the Age of Fighting Sail to life if he could be got going.

Ayesha – “She who must be obeyed”: H. Rider Haggard’s wonderful creation. Not an easy – or even safe – woman to get on with, but she’s got three millennia’s stories to tell.

Pasha Antipov – Strelnikov: The most interesting – and most admirable – character in Pasternak’s Doctor Zhivago. There’s too little of him in the book.

Commander George Ericson RNR: From Nicholas Monserrat’s The Cruel Sea. The modest but indomitable embodiment of everything a man should aspire to be.

Mr. Vincent Crummles: Actor-Manager in Dickens’ Nicholas Nickleby. He, his family (including the Infant Phenomenon) and his theatre company really deserved an entire novel to themselves. Dickens lost a trick there.