In the recent film Dunkirk, the question is asked, once aloud and thousands of times unspoken, “Where is the @#%& Air Force?”
My father, John H. Millar, who died in 2006 just short of his 104th birthday, had the answer.

When he was 32, he earned a British private pilot’s license in order to impress the girls. Winston Churchill, a friend of his, invited him out to lunch at the Savoy. Churchill, now justly famous, was then an annoying Member of Parliament whom people pretended not to know. Churchill said to my father, “The Germans are re-arming, and we need to match them or else we’ll be in the soup, but I can’t get anybody in government to take that idea seriously.” The British government’s official policy was that if Britain did not do anything to annoy Hitler he would not notice that they were there!

Churchill told my father that he was the only man he knew who had a pilot’s license, so would he please go over to America and find out what the various American aircraft manufacturers were building that Britain could buy at short notice. My father was hired by TWA (rans World Airlines) as the first ever foreigner to serve as a pilot for a US airline. After over a year, he returned to England with the dealerships to all American aircraft manufacturers in his pocket. The British Air Ministry still had no interest, telling him that it was crucial for the British NOT to acquire any offensive weaponry for fear of antagonizing Hitler.

At his own expense, my father had a Consolidated Catalina flying boat flown to England non-stop from San Diego (the theory being that a plane with that kind of range would be perfect for spotting U-boats), and he shamed some RAF top brass into taking a ride in it. When they reached cruising altitude, the pilot started yacking away on the radio.
“Who’s he talking to?” asked an official.
“He’s talking to the base in San Diego,” came the reply.
“Rubbish!” said the official; “there’s no radio in the world that can transmit and receive over such a distance.”
“We have one on this aircraft,” was the reply.
“Good,’ said the official. “Let’s buy five of these aircraft and reverse-engineer the radio.”

That is how Britain happened to have five Catalinas at the beginning of the war, one of which spotted the battleship Bismarck escaping and called in the air-strike that crippled her. 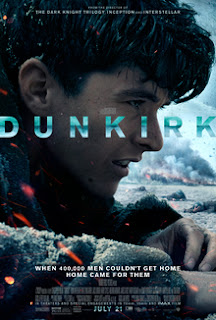 The same narrow-minded attitude that limited British purchases of useful American aircraft to the five Catalinas also extended to their own aircraft. The RAF simply had very few Spitfires and Hurricanes in May 1940, when Dunkirk occurred, and almost no offensive bombers. Fortunately, by the time that the Battle of Britain began later in that summer, the British aircraft factories had worked overtime to build hundreds of fighters, so they eventually beat the Luftwaffe by the skin of their teeth. [Helen: and if I recall, this was entirely down to the fact that Churchill was now in charge!]
As for my father, he established a company in 1937 to build parts for aircraft, and his first client was Sir Frank Whittle, who needed my father’s help with a new type of engine he had just invented. Therefore, my father was one of the seven people on the team that built the world’s first jet engine. Once again, the brilliant Air Ministry concluded that jets were not part of the future and so they dropped the project for several years, thus allowing the Germans to be first in the air with jet fighters.

My father’s last job as a civilian was to persuade Consolidated Aircraft to develop the Liberator B-24 bomber from a new flying boat that the US Navy did not want to buy, and so when the RAF finally was in the market for long-range heavy bombers the Liberator was ready for them. My father then joined the Royal Navy as a Commander, and he was stationed in Washington – with the job of vetting all new US military aircraft, such as the Grumman Avenger torpedo bomber, to see if the Royal Navy could use them.

Helen says: I have not seen the movie yet, but for Britain, especially around our eastern and south-west shores, our proudest moment involved the hundreds of small boats which set out to rescue those stranded men on the beaches of Dunkirk. If they had not, the war could well have been lost to Germany at that early point. An ‘alternative’ history scenario that is too horrifying to think about. It is a shame, however, that our ‘finest moment’ only occurred because of politicians who were pathetically useless.

One of the reasons why Churchill was ‘on the ball’ about these things was that he was a competent historian (for the time – information has improved since his day). He studied the past and recognized the patterns – and human nature, ego and frailty.

Remember too, that the USA did not want to join the war, or even assist Britain initially. Churchill persuaded the President through giving him a copy of his latest book (his A History of Britain series – not sure which volume). He had marked significant passages. The President was convinced…

Let us hope that there is never again such a war, but we must see to our defence, however unsavoury the thought of it. The thought of NOT having adequate defence is even more unsavoury. As Dunkirk proved.

I was dismayed when the British Government, under Tony Blair, dismissed the importance of history from government and education. History is important, not for which king or queen sat on the throne and when, not for how many wives Henry VIII had, or whether Queen Victoria was amused or not, but for the events that shaped the days, years and months, the way of life,  and the wars that ignorance or prejudice caused. 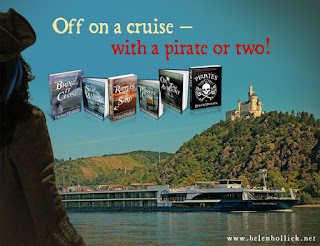