Shining Light on Our Ladies : Part Two Judith Arnopp and her character Elizabeth of York

A series where my guests are female writers
talking about their female characters
(and yes, I'll be doing the chaps next!) 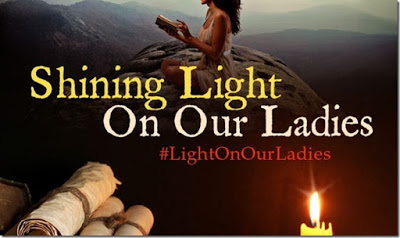 Today:
(following on from Margaret Beaufort...)

Elizabeth of York
by Judith Arnopp 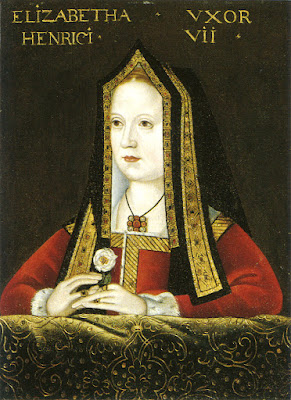 The characters in my books are historical figures from English history, mostly of the late medieval and Tudor period. They have all been written of before, many, many times but I enjoy adding my own version to the traditional view. Although I wouldn’t call myself a revisionist, I do like to find a different perspective. Instead of recording what they did, I like to consider why they did it. This is often difficult to judge from the outside; I like to hone in on the inner self and reveal the part of us that we often prefer to keep hidden from the world. This time I’d like to discuss Elizabeth of York.

The unexpected death of King Edward IV in 1483 threw the county back into civil war. Elizabeth of York, eldest daughter of the king, fled with her mother, Elizabeth Woodville, and her siblings, into Sanctuary at Westminster. Her uncle, Richard of Gloucester, took his place as Lord Protector and her brother Edward was brought to London to await his coronation, as was tradition, in the royal apartments at the Tower.

Shortly afterward it emerged (whether true or not is another question) that Edward IV’s marriage to Elizabeth Woodville was bigamous due to a prior contract of marriage. All children of the union between Edward IV and Elizabeth Woodville were pronounced illegitimate. As we all know, Gloucester was declared King Richard III and at some point between 1483 and 1485, Elizabeth’s brothers disappeared from the record. (That is not proof however that they disappeared from the Earth – there are any number of possible explanations).

Elizabeth, lately the leading princess of the realm, was now a royal bastard, living in exile from court in the squalor of sanctuary.

We don’t know what happened to her brothers and it is possible she was similarly ignorant of their fate. It has been suggested her mother knew the boys were safe because, after scurrying into the safety of Westminster in fear of her life, she suddenly handed her daughters into the care of the very man suspected of injuring her sons. It seems an extraordinary thing to do if she had any suspicion of Richard being involved in the disappearance of the boys.

At the new king’s invitation Elizabeth and her sisters returned to court to serve Richard’s queen, Anne Neville. They were treated with every courtesy. Queen Anne was ailing and clearly dying. It was at this time that rumours began to circulate of a relationship between Richard and his niece, Elizabeth. It is now impossible to be certain of the truth behind the allegation but at the time gossip was strong enough for Richard to publicly deny the accusation. Innocent or not, some scandal would have been attached to this, but she seems to have continued in a prominent position at court, serving the Queen until her death in March 1485.

In August, when Henry Tudor’s invasion was looming, Elizabeth and other children from the royal nursery, were sent north for safety. 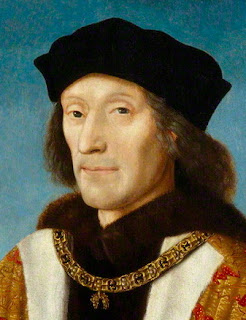 Henry Tudor, the Lancastrian heir, to win support of the Yorkists had promised that, if he became king, he would marry Elizabeth of York and unite the warring houses of York and Lancaster, putting an end to the Wars of the Roses forever. He appears to have had few English followers. Most of his army was made up of mercenaries; his abilities as a military commander were untested. Yet he faced one of the most skilled soldiers of the age.  Elizabeth, in all likelihood would have been quietly confident of her uncle’s victory when he rode off to make battle with Henry at Bosworth. The news of Tudor’s victory and her imminent joining with a stranger, and her family’s enemy may have been difficult to hear.

After Richard III’s defeat Elizabeth of York was taken to the king’s mother’s house at Coldharbour to await the wedding. But Henry was slow to marry her, and slower to crown her. Some historians see this as a deliberate ploy but they were eventually married in January 1486. In September the same year Elizabeth gave birth to their first child, a son whom they named Arthur. No further children were born until two years after her coronation which took place in November 1487.

Henry Tudor’s reign was fraught with rebellion. Pretenders emerged throughout, most were swiftly dealt with but one in particular, Perkin Warbeck, claiming to be Elizabeth’s younger brother, Richard, harried the king for years. We will never know his real identity, although the king went to great lengths to provide him with a lowly one.

Elizabeth is always described as a dutiful wife and devoted mother. She took no part in ruling the country and there are no reports of her ever having spoken out of turn or ‘disappointing’ the king. Henry appears to have been a faithful husband, his later relationship with Katherine Gordon, wife of Warbeck, was possibly no more than friendship.

Although Prince Arthur was raised, as convention dictated, in his own vast household at Ludlow, Elizabeth took an active role in the upbringing of her younger children, teaching them their letters and overseeing their education.

When Arthur died suddenly in 1502, both Henry and Elizabeth were distraught, the king thrown into insecurity at having been left with just one male heir. Reports state that the king and queen comforted each other and, although there had been some hint of a possible estrangement between them, Elizabeth promised to give Henry another son.

She quickly fell pregnant and gave birth to a girl, Katherine, ten months later but succumbed to Puerperal fever and died on her birthday, 11th February 1503.

Elizabeth was a strong, stalwart woman, bound by duty to serve her country as best she could. Once he  had dealt with Warbeck, her union with Henry ended the battle between York and Lancaster, and the children she bore provided political unions between England and France, Scotland, Spain. Ultimately, she died doing her duty to England.

When a king gives his life for his country, on the battlefield defending it, or in his bed after a long and profitable rule, he becomes a hero, often, if he is on the right side, he is honoured throughout history.

Yet Elizabeth gave her life for England too. She married dutifully; quickly producing an heir, a spare, and several daughters to increase the king’s bargaining power. At the tragic loss of Arthur, England’s beloved heir, despite her age and the suggestion of medical problems, she took the most dangerous decision to try to give the king another heir.

She died in service of her king and country. 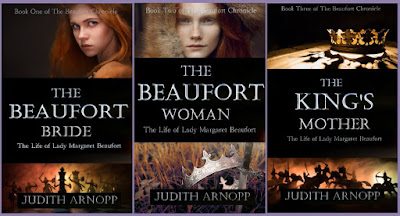 About Judith Arnopp:
Judith lives on the coast of Wales in the UK with her husband John. She studied creative writing and Literature at university and went on to study for a master’s degree in medieval studies. She now combines those skills to craft historical novels, short stories and essays. 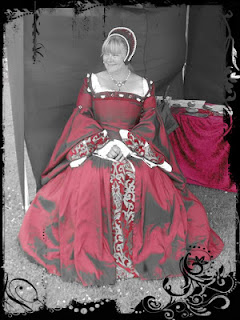