SO WHAT HAVE LIBRARIES DONE FOR ME?

I know, that heading conjures a mental image of Monty Python and that scene in  Life Of Brian: “What have the Romans ever done for us?”

The aqueduct, sanitation, roads, education... Hmm, can I add libraries? The Romans provided scrolls, kept in dry rooms, for patrons of the public baths to read. The baths were not just a place to go to get clean, they were the equivalent of a leisure centre, a place for exercise and relaxation. Which included the pleasure of reading. 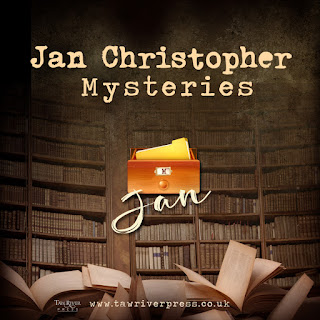 I am sixty-eight this year (2021) but one of my earliest memories is of leaving the library with a book clutched tightly in my hands, thrilled, because it was one I hadn’t read. I say ‘read’ – that, I’m not sure of. I was not yet four years old. Was I reading by then? I don’t remember, on the other hand, I don’t remember not reading. (For those interested, it was a Little Grey Rabbit book by Alison Uttley). 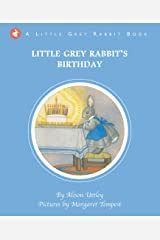 I was a shy, quiet child, with very little self-confidence, heightened because I was extremely short-sighted. I could see, clearly, what was going on in a book. Books didn’t shout at you when you couldn’t see the board at school, or didn’t mind that you couldn’t see well enough to thread a needle in sewing class. Books were friends, not enemies. Books rarely let you down.

I was a regular visitor to South Chingford Library, east London – it helped that my junior school was almost opposite and I had to pass the library to go home. I wonder, was it that compulsion which made my little legs turn into the library to browse the books, the forerunner of not being able to pass a bookshop now, without at least peering into the window?

At the age of nine I discovered the second love of my life. Pony stories.

I received a book for my ninth birthday. I’m ashamed to admit that my first reaction was one of disappointment. A book. It would probably be Noddy, or a school story (I disliked both). I unwrapped it. There, on the cover, was a girl riding a black pony. Jill’s Gymkhana by Ruby Ferguson. I recall nothing else of that party, only the book. I hadn’t realised, until that moment, that there was such a thing as The Pony Story. I desperately wanted a pony, but we were not in the financial position for ponies, although I did ride at the local stables once a fortnight. 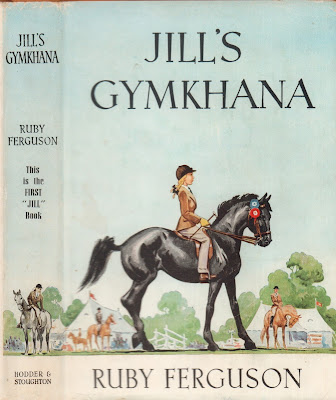 Thank goodness for the library. I devoured everything pony-related that they had. The Pullein-Thompson sisters, Monica Edwards, Pat Smythe, Joanna Cannon, Elizabeth Beresford... And then there was the non-fiction section. How to groom a pony, feed a pony, keep a pony... But there was more than books and reading, more that I discovered because of libraries. I started to write. From the age of about eleven, I scribbled (not very good, I suspect) stories about, well, yes, ponies. 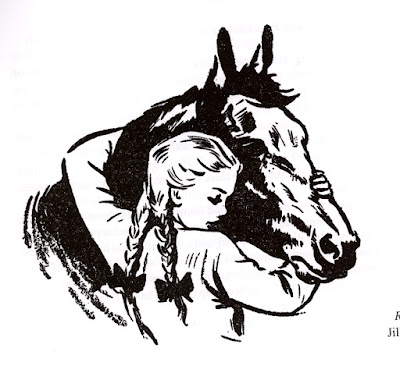 Come school leaving age at sixteen in 1969, I was steered towards working in the library – that same, South Chingford Library in fact. It was heaven, especially when I realised that, as a member of staff, I could take out more than four books at a time! 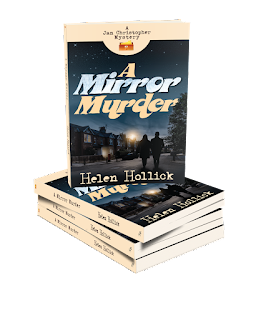 I was still writing, scribbling away – although I had moved on to fantasy and science fiction. Then I came across King Arthur. Mary Stewart’s The Hollow Hills and The Crystal Cave. Fabulous stories, but what triggered my interest, and imagination, was her author’s note where she explained that if Arthur had existed (a very doubtful if) it would have been during that period between the Romans (them again!) and the coming of the Anglo Saxons. I was intrigued. I had never much liked the traditional Arthurian tales, the Medieval knights in armour ... but a Dark Age warlord? Now that I did like! I pounced on the non-fiction section of the library, re-discovered the beautiful poetic narrative of the brilliant Rosemary Sutcliff, studied Roman Britain, and came across too many novels that just didn’t fill what I was looking for: a realistic man, with faults as well as strengths. No post-Norman nonsense, but a man who fought hard to win his kingdom, and fought even harder to keep it. And as for Guinevere... sorry, I just didn’t see her as a fragile wimp drooling over a Lancelot figure. So there was nothing for it. I decided to write my own novel, where there would be no Merlin, no Lancelot, and Gwenhwyfar would know how to wield a sword. (And there would be horses. I still loved horses – had one of my own by then!)

I wrote whenever I could, and penned quite a few chapters in the library office when I was there on my own, supposedly writing out overdue cards...

As for my latest release,  A Mirror Murder, a ‘cosy mystery’ which I based on my years of working in the library, I plan to alternate between one story set in and around the library, and one in a different location, so book two (A Mystery of Murder) will be set in Devon over Christmas 1971, book three (no title yet!) will be back in the library – again based on my years there. In this one, Jan Christopher has been asked to take over one of the Book Delivery Service rounds, selecting and taking books out to the housebound. Of course, one day she finds... well, you’ll have to wait until I’ve written it.

I wrote A Mirror Murder because I finally realised that the years I had spent as a library assistant ought to be put to good use. All those anecdotes, all those hilarious moments, all those members of the public and the quirky events that happened  –  from the main door that was so heavy it bruised your heels, to the slice of raw bacon used as a bookmark...

It took me well over ten years to write a final version of what eventually became my Arthurian Pendragon’s Banner trilogy, originally published in 1994 by William Heinemann. The books are still in print, although via different publishers now. Oh and that book that I received for my ninth birthday?

I’ve still got it.

So what did my library do for me?

It gave me a love of books, of reading. Library books nurtured my imagination, expanded my existence. My library took me to places in other countries and other worlds. The books kept me company when I was lonely, cheered me when I was sad. The characters within were my friends.

What have libraries done for you, I wonder? 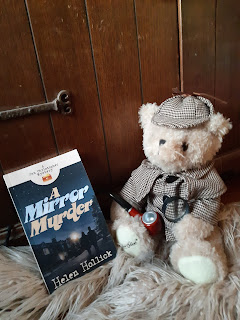 “I settled down with A Mirror Murder and pretty much read it in one sitting, thoroughly enjoyed it.”

The first in a new series of cosy mysteries set in the 1970s... Will romance blossom between library assistant Jan Christopher and DC Laurie Walker – or will a brutal murder intervene?

But romance is soon to take a back seat when a baby boy is taken from his pram,  a naked man is scaring young ladies in nearby Epping Forest, and an elderly lady is found, brutally murdered... Are the events related? How will they affect the staff and public of the local library where Jan works – and will a blossoming romance survive a police investigation into  murder?

Buy from Amazon - e-book or paperback: