Where I Start The Week With An
Interesting Guest or Topic
That was a surprise! or, help from unexpected places
by Robyn R Pearce
Historical novelists spend a lot of time digging in obscure places but sometimes information pops up in locations you don’t expect.
I’m working steadily on the second in my Freedom Series, a follow-on from It Happened On Fifth Street: A tale of forgotten heroes. Alf Burnett, one of the central characters and an actual historical person, is now eighteen and running the family bakery and confectionary. However, he’s got higher ambitions than being stuck behind a shop counter for the rest of his life. He’s good at entertaining the matrons of Cincinnati with his funny faces and witty dialogue while he parcels up their sweet treats but that’s not his passion. Instead, he’s in love with the idea of strutting his stuff onstage. If his mother has her way, however, he’s not getting out from behind that shop counter!
Enter Professor de Bonneville and his wife, travelling phrenologists and mesmerists. Alf meets them while they’re showcasing their skills in Cincinnati. They offer Alf a job—travelling with them throughout America as part of their show. (They’re actual people too—I’ve got Alf’s letters talking about their travels.) With great difficulty, he finally persuades his mother to let him go. The astonishing range of influential people he meets and the places he goes are a small part of this current manuscript.
In order to be accurate in describing the now-arcane science of phrenology, I spent hours trolling through international archives and online resources. I not only wanted to understand it but also to find a simple yet accurate way to describe it for my readers. One day, taking a break from research and writing, I was looking for something on my laden bookshelves when a book by New Zealand-born author and actress Barbara Ewing jumped off the shelf and into my hands.
Having just extracted myself from the innards of the Zoist: a journal of Cerebral Physiology and Mesmerism and their applications to human welfare, Vol 1, 1843–44, the title, The Mesmerist, or The Misses Preston, of Bloomsbury, grabbed me by the throat. It’s a very well-researched and exciting novel, opening in 1838 in London with two out-of-work actresses as the central characters. Desperate to make a living, they turn to mesmerism and phrenology.
I couldn’t believe my eyes! Lacking any humans, I shouted with joy to the cat. Not only was the book easy to read and explanations of phrenology clearly spelt out in a sympathetic yet objective way, but the blessed author had even listed some of her best resources. What a treasure!
Moral of the story. The answers to your questions might be closer than you think!
The other really cool thing I discovered around the same time is the fantastic resource of so many historical online newspapers. I wanted to find out more about the de Bonnevilles after they left Cincinnati with Alf in tow. Their next major stop was Pittsburgh. Big ups to the Pennsylvania Newspaper Archive. Not only do they index historical papers, but they also load the microfiche files. With a couple of clicks, you can access the articles—not done by every online index. I found several newspaper advertisements for the de Bonnevilles’ performances. Another treasure! 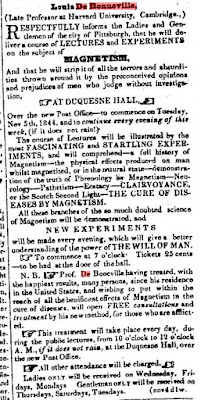 Now back to the writing!
ABOUT ROBYN 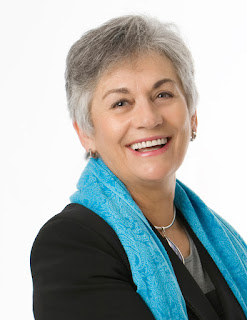 My hunger for the stories hidden behind well-known historical events was ignited by a much-loved History teacher. She had us read Josephine Tey’s ‘Daughter of Time’, about who really killed the Princes in the Tower. The underlying premise? The stories we learn are those told by the victors – and might not be true. Some years later, life tumbled me into a nearly 30-year career as an international time management specialist and keynote speaker. During that time, my writing dream become reality, with many hundreds of articles and regular columns in diverse publications, plus eight books on time and productivity-related topics. In 2018/19 I completely updated all those books and transferred them to digital platforms. (Some were best-sellers in Australia and New Zealand.) Through all those busy years, the hidden stories of long ago continued to nag at the corners of my mind. And so a new career began. It’s been fuelled by an incredible resource of letters, journals and other artifacts written by 18th and 19th century ancestors and saved by far-sighted family members.
What drove people to leave their known worlds and brave incredible hazards in the search for freedom? For those who travelled to new countries at the bottom of the world, what were the motivations that crammed them into small wooden ships  for months, sailing through dangerous seas with no guarantee of arrival?  So many amazing stories, not just of my ancestors, but also of many others - almost all driven by the dream of a better life.

1837. America. Alf. A hidden letter. Family secrets he’s determined to uncover.
2015. Abi. A girl from his future. A forgotten tin trunk, a mystery, and a magical old coin.
Alf and Abi, family members thrown together across the centuries, pool their knowledge. It takes ages, but at last – a breakthrough. They crack the code and Alf demands to be included. He’s sworn to silence, for lives and livelihoods are in grave danger. And then, things go bad.
Cincinnati in the 1830s and 40s was a violent place – enemies, riots, persecution of blacks and abolitionists - in this dramatic story you've got it all!
It Happened on Fifth Street is the first in the Freedom Series. Based on new research and a vivid mix of fact and fiction, it brings back to life a forgotten story about real people and real events. Meet folks who put their lives on the line, day after day, night after night. Come with Alf and Abi on a journey you’ll never forget.
< PREVIOUS POST

When the only choice is to run, where do you run to?
When the only sound is the song of the sea, do you listen?
Or do you drown in the embrace of a mermaid?
Throughout childhood, Jesamiah Mereno has suffered the bullying of his elder half-brother. Then, not quite fifteen years old, and on the day they bury their father, Jesamiah hits back. In consequence, he flees his Virginia home, changes his name to Jesamiah Acorne, and joins the crew of his father’s seafaring friend, Captain Malachias Taylor, aboard the privateer, Mermaid. He makes enemies, sees the ghost of his father, wonders who is the Cornish girl he hears in his mind – and tries to avoid the beguiling lure of a sensuous mermaid... An early coming-of-age tale of the young Jesamiah Acorne, set in the years before he becomes a pirate and Captain of the Sea Witch.
“I really enjoyed the insight offered into Jesamiah's backstory, and found the depiction of our teenage hero very moving.” Anna Belfrage, author
*** ***
Helen's cosy mystery set in 1970s north London

Eighteen-year-old library assistant Jan Christopher’s life is to change on a rainy Friday evening in July 1971, when her legal guardian and uncle, DCI Toby Christopher, gives her a lift home after work. Driving the car, is her uncle’s new Detective Constable, Laurie Walker – and it is love at first sight for the young couple. But romance is soon to take a back seat when a baby boy is taken from his pram,  a naked man is scaring young ladies in nearby Epping Forest, and an elderly lady is found, brutally murdered... Are the events related? How will they affect the staff and public of the local library where Jan works – and will a blossoming romance survive a police investigation into  murder?