Now that a New Year is under way I thought I’d have a brief re-vamp of my blog. Nothing drastic, just a few updates, images shifted around etc, and a Resolution to post an Article of Interest (presented by Moi) every other Tuesday, alternating with, if I can find a few willing victims, an invited guest with something of interesting to tell.
Well that’s the plan.
It might change...

I was sent a link a short while ago to a newspaper article. It was about pirates – Blackbeard to be precise – so of course I was interested. In fact, I was sent two links to similar articles, one far more interesting than the other because it was more accurate. The article was about the ongoing underwater archaeological search of Blackbeard’s ship, Queen Anne’s Revenge. 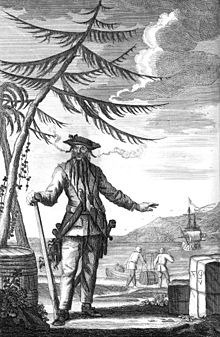 Blackbeard is one of the best known of all pirates because we have a full account of his more outrageous escapades, his somewhat grisly end, and a record of the trial and hangings at Williamsburg, Virginia, of what remained of his crew. His real name was Edward Teach or Thatch, and he is believed to have been born around 1680 in or near Bristol, England. The names ‘Thatch’ and ‘Teach,’ are also noted as ‘Tache’ or ‘Thach’, the discrepancy caused by the frequent inconsistent spelling of the period. The written word tended to follow the spoken word, so regional accents played an important part in how spelling was interpreted. If Edward Teach was born and raised in the West Country he would have had a broad Somerset accent, which could have resulted in him pronouncing his name as something like ‘T ... aa ... tch’. He could almost certainly read and write, for he wrote to and received letters from the Chief Justice and Secretary of Carolina (with whom he had ‘business dealings’.)

Coming from what was possibly a reasonably-placed, if not a well-to-do, family within the social network Teach had some sort of career as a mariner, either as a merchant seaman or serving in the Royal Navy prior to turning to a life of piracy, for he knew his job when it came to sailing a ship. He seems to have been a privateer during the War of Spanish Succession, but when war ended and peace settled, temporarily, between Spain and England (and variations of France, Holland and Portugal supporting one side or the other,) Teach ended up at Nassau to take advantage of the New Providence benefits offered to those with a tendency towards piracy. He joined with the crew of Benjamin Hornigold between 1714 and 1716, meeting several of the men who also become notable pirate captains in their own right, such as Sam Bellamy, Charles Vane, Stede Bonnet and Jack Rackham.

Teach became commander of his own fleet and brought terror to the Caribbean, the Colonial waters off the coast of the Carolinas and along the Chesapeake Bay sea-lanes. He was not known to be a compassionate man, and his reputation put the fear of dread into anyone who heard the name ‘Blackbeard’. It has been suggested that his alleged violence towards his victims may have been exaggerated, a deliberate ploy on his part to instil fear into the crew and passengers of any ship he encountered, but there is very little evidence, beyond anecdotal, to confirm or deny his reputation, although the stories that were related are more than horrific and I personally believe, despite the speculations of those who regard him as something of a hero, that Edward Teach was not a very nice man.

His appearance alone was enough to make anyone opposing him to use common sense and surrender without a fight. Teach was a tall, stout man, broad shouldered, broad chested. He went into battle with several pistols suspended across his chest hanging from coloured ribbons, while entwined in his hair and his great black beard (for which he was named) would be several of the fuses used to ignite gunpowder. These would burn slowly and let off a cloud of smoke about his face. With what appear to have been bulging eyes and a cruel grin his victims must have thought that Old Nick himself had come for them.

On 28th November 1717 he acquired his prestigious Prize of a French slaver, La Concorde, which he promptly renamed Queen Anne’s Revenge, which may have indicated his support towards the Jacobite cause of attempting to put James Stuart on the throne of England instead of German George of Hanover. We can only speculate why, but Queen Anne’s Revenge ended up foundering on a sandbank in the shallows off Beaufort Inlet, her damage so great she was irreparable. The wreck was found a few years ago and since then many treasures and artefacts have been brought to the surface.

The most recent discovered is a bundle of shredded paper found stuffed down the mouth of a cannon, which turned out to be pages of a book. It was a common, almost standard, practice to use old rage, shreds of paper, bits of old rope and such to keep the barrel dry, so finding something stuffed there is no surprise – but what is interesting is that the book itself has been identified…

Woodes Rogers was a successful privateer. He served as a merchant sailor, circumnavigated the World, amassed a fortune in treasure for the British Crown and Government, became Governor of the Bahamas and, almost single-handedly, put an end to piracy in the Caribbean. Alas, as with many a hero, his achievements were not appreciated at the time.

Born circa 1679, his childhood was spent in Poole, Dorset. The eldest son of a successful shipping family Rogers found himself apprenticed to a Bristol mariner. Completing his apprenticeship in 1704, his nautical career took off in 1708, when he led an expedition to the Pacific, privateering against the French and Spanish. The expedition comprised of two ships, Duke and Duchess. He returned to England in 1711 with both ships intact, Andrew Selkirk, who had been marooned on an island off the coast of Chile aboard, (and who became the inspiration for Defoe’s Robinson Crusoe),  a circumnavigation of the world under his belt, most of his men alive and enough profit to double the investment of his sponsors, even after the Crown had taken its share. That said, he had lost a brother in a battle, with himself badly wounded and disfigured when a bullet tore into his jaw and another his heel. Nor was the profit of benefit, for the crews demanded their share, which they had not received, and sued him, as did the East India Company with whom he’d disagreed. In consequence, he became a bankrupt. Was this why he published a book detailing his nautical adventures?

His account was entitled A Cruising Voyage Round the World but it was beaten to publication by several months by one of the officers who had been aboard Duchess. Edward Cooke, wrote A Voyage to the South Sea and Round the World but it was not as successfully acclaimed as Rogers’ epic tome – one possible reason being that Cooke made no mention of Selkirk, who had gripped many a reader’s interest. Rogers’ book also had a sideline of interest for other seafarers as it had the practical purpose of aiding navigators and potential colonists. Most of his introduction supported the possibility of expanding the South Seas trade, with about a third of his writing detailing the places he explored, primarily those suited for trade.  Cooke’s book, however, is the one found stuffed into Blackbeard’s cannon.


Now, the not-so-good newspaper report claimed that because pages of a book had been found the obvious conclusion is that Blackbeard and his crew were great readers and loved books.
In fact, it’s more likely that our Edward read Cooke’s version, recognised it as poorly written or of little value and tore it up to use for his cannons – with other pages designated for the ‘heads’ (latrine).  Sorry Master Cooke, I think your effort rated a 1 star from Captain Blackbeard and his crew!

Nautical writers beware – books falling into the hands of pirates might not be valued for their written content! 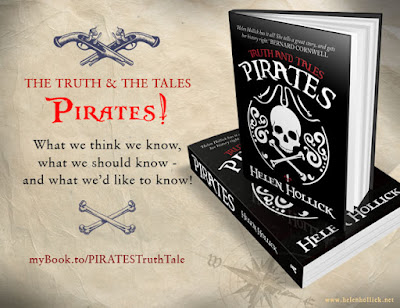 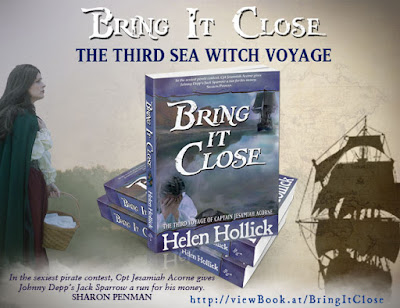 The not so good one:
http://www.dailymail.co.uk/sciencetech/article-5238925/Scraps-Blackbeards-ship-reveal-loved-reading.html


Text of a paper fragment and text from Edward Cooke's 1712 adventure tale.
Credit: Courtesy of North Carolina Department of Natural and Cultural Resources