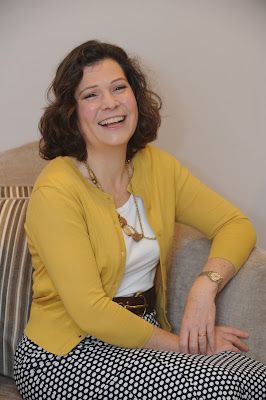 Maybe it’s because I’m not a Londoner, but I love London town – as a writer of historical fiction, that is.  To be fair, once I had decided on the subject of my series of novels, I had no choice about their location: they are set in the 1820s and narrated by a magistrates’ constable – and nearly all of these fellows were in London.  But what a gift of a location it is.
London is a vast city, but that is a fairly recent development.  At the time of my books – at the end of the Regency, and not long before Victoria became queen – London was a much smaller place. And I often have to remind myself (and my readers) that when Constable Plank goes to, for instance, Green Park, he is venturing to the very edge of his city.  A visit to Vauxhall is like a trip to the countryside, involving a picnic basket and much planning.  One of my main characters lives in a densely-populated part of north London that was completely flattened not long afterwards to make way for Euston and King’s Cross railway stations.

What all of this means is that I have to be very careful to consult contemporaneous maps when describing locations, journeys, premises and so on. Luckily there is a terrific one called Greenwood’s Map of London, which was produced in 1827 and is available on various websites in zoomable PDF format; what an amazing resource that has been, and a prime example of how lucky we modern writers are to have access to online research materials.  I cannot imagine how difficult it would have been to have to visit a library to look at this map every time I wanted to check a street name.

Adding to the fun is the way in which street names were frequently changed, perhaps to reflect political loyalties, or when a wealthy patron bought a few streets and wanted them renamed to reflect his generosity.  My constable lives in Norton Street, but you won’t find that on any modern map of London; in the 1870s it was renamed Bolsover Street in homage to Bolsover Castle, ancestral home of the Cavendish family who bought up Norton Street and much around it in the mid nineteenth century.  Even small changes can trip up the unwary: in my current book I was merrily writing about a location in Old Street – until I was peering at Greenwoods and noticed that in Plank’s day it was known as Old Street Road.  You can be sure that someone would have spotted that!

The real joy of setting a book in London, however, is not how much it has changed but how much it has stayed the same.  Lift your eyes above street level – above the cars and the neon shop signs and the clutter of street furniture – and much of what you now see is original.  Step down a side road and – behind the frontages put up by later generations – you can see the original rooflines.  Wander into almost any part of the city and the street pattern is original; unlike Paris and many other cities, London has not had a wholesale rebuilding programme (at least, not since the enforced one following the Great Fire in 1666).  Even the Blitz missed many of the important buildings and districts.

This means that I can frequently indulge in one of my favourite activities.  As authors, we are often looking for fun things to do that we can kid ourselves are “research”, and my personal weakness is what my husband calls “walking the Plank”. This is where I decide that my constable has to journey from, say, his base in Great Marlborough Street to the vaults in Pennington Street, and I have to plan his route, describe it and work out how long it would have taken him.  In almost all circumstances he would have walked everywhere, and because the street layout is still so similar, I can calculate fairly accurately where he would have gone, what he would have seen – and how many pints he would have needed to revive himself on arrival.  And on the rare occasions when I can’t walk the Plank myself, another online resource – the Transport for London travel planner – comes to my rescue: put in the start and end point, indicate that the only mode of transport to be used is walking (I doubt my constable would have used the Emirates cable car…) and ask for the route.  That’s London in a nutshell: old and new working together perfectly.

There are now four Sam Plank novels, with a fifth underway and a further two planned.

The fourth in the series – “Portraits of Pretence” – was chosen as “Book of the Year 2017” by Discovering Diamonds. 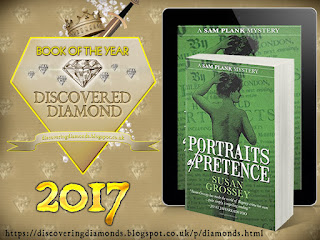