Tuesday Talk: I have so much news to tell...

Yesterday,  my newsletter subscribers were ‘forewarned’ of this post. (See, it pays to subscribe to newsletters… heavy hint…)

"April 2006
I have so much news to tell.
The publishing industry, understandably, tends to concentrate on books that will sell in their thousands. Sadly that usually means an author's backlist tends to become forgotten. Publishing Houses are only interested in their latest releases - particularly in the scoop of the newest passing-phase celebrity superstar. Because they are not making oodles of money from my books my publisher (Random House UK) has decided not to reprint the Pendragon Banner Trilogy and Harold the King...but …Fear not, a solution is upon us!

I have taken the enormous step of deciding to indie-publish. It will be either the wisest or the stupidest thing I have ever done, but it will mean my books will remain in print for as long as I want them to be. However, the excitement does not end there. I have also decided to indie/self-publish my pirate historical fantasy adventure Sea Witch novel. I am busy doing a final proofread and she will, if all goes to plan, be setting sail in early May 2006…"

I simply cannot believe that the above was 2006 … THIRTEEN years ago!

There’s been a lot of water under the bridge since then, some of it calm and sedate, but a good bit of it somewhat turbulent. The first indie publishing assistant company that I went to turned out to be owned by a crooked con-man, and looking at those early print runs… well, let’s just say they are how NOT to produce books. When the company went bankrupt, I high-tailed it over to Helen Hart’s SilverWood Books – been with the company, most satisfactorily, ever since.

Sourcebooks Inc picked up Harold, Queen Emma and Arthur for traditional/mainstream publication in the US and Canada, with The Forever Queen (retitled from the UK’s A Hollow Crown) making the USA Today bestseller list. (And I’ve just looked, it is still ranked in the Amazon.Com bestseller lists – and there are 99 reviews. Come on someone, make it a round 100 for me!) Then Turkey took it for translation… so I was now in the ranks of authors known as ‘hybrid’ – traditional and indie.

I think most of my followers know the story behind Sea Witch? (If not, click HERE) My ex-agent let me down big-time. She hated it. Sent the draft copy back with red lines and sarky comments scribbled over it… I was gutted. I had put my heart and soul into writing that book, I was thrilled with it – talk about someone chucking a bucket of water over your parade! Fortunately, I had (have!) more faith in my rogue of a pirate (“ex-pirate” … he’s just whispered that in my ear. There’s a distinct whiff or rum in my office… and the fact that he needs a bath…That’s the trouble with fictional characters, they have a habit of becoming very real.)

Anyway… I knew the idea was a good one.

I went on to turn that first Voyage into a series. And I have worked hard at being an indie writer, with all that being an indie entails. Which means doing your own, hands-on, every day 24/7 12 months marketing. I’ve, mostly, enjoyed it.

I set out, back then in 2006, when ‘Indie’ was a relatively new concept – and it bore the mark of being ‘second-class vanity’ publishing. These years later indie authors are far more respected because the good, serious, authors have made a point of producing quality, high standard work. (In point of fact, often better than mainstream!) And we, as authors, have, on the whole, become accepted in the literary world as respected authors – again, because we produce our books with care (and a lot of love!) After all, we invest our own money into it! Being indie is often expensive: there’s professional editing to pay for, professional cover design… professional marketing services if you chose to use them… To produce an indie novel that matches quality mainstream standard takes time and money.

And it is hard slog work to keep yourself and your books going. And after thirteen years of trumpet tootling, I’m getting tired. I want to get back to making writing my priority but needed a boost for my flagging lack of self-confidence and enthusiasm. That little whisper of nagging self-doubt when you are an indie writer is always present. We are on our own and – well, it’s draining to the point of ‘why am I doing this?’  The only thing that keeps us indies going is knowing that our readers out there - you -  enjoy our books.

The big drawback with being Indie, apart from everything I’ve said above, is the limitation of how wide you can ‘spread the word’. All indie writers would like to be the whale in a pond, but the truth is, most of us are tadpoles in the vast ocean of other books and other authors. Although the same is true for the majority of mainstream authors, the difference is, they don’t have to fork out good money for the privilege.

Because of marketing, getting books into stores, translation (or even film/TV) opportunities, mainstream publishers also have the advantage over indies: they have a louder voice, a larger presence. This is so even for the smaller Independent Publishing Houses (not to be confused with ‘Indie’ writers. Think of these publishing houses as the local Community Shop, as opposed to the huge Tesco. Whereas the indie author is the chap with his own barrow in the street market.)

All of which is why even the most prolific and supportive indie writer would still prefer to be with a Mainstream Publisher.

And I am delighted and excited to announce, that after thirteen years of ‘going it alone’, I have just signed a contract with Independent Publisher, Penmore Press, based in Arizona, for the Sea Witch Voyages! Jesamiah is to sail in consort with a new fleet to explore New Horizons! 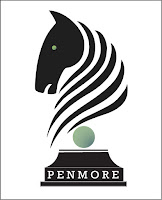 We are to keep the covers designed by Cathy Helms (www.avalon.graphics.org) and we hope to get these new editions ready to set sail as soon as possible – although they will be out of print for a short while.

In which case, please do celebrate with me – I’m delighted that my Captain Acorne is to sail along with good hands, and that at last, despite the pleasure that being indie can bring, he has the potential to reach the much wider audience that he deserves. Jesamiah really should reach whale status, he isn’t the tadpole type.

However,  if you need to complete your set of e-books or paperback Voyages, and you don’t want to have to wait for them – I’d advise you to plunder them from Amazon now.

Meanwhile, I’ll be getting on, with renewed enthusiasm, with the writing of Voyage Six, Gallows Wake… 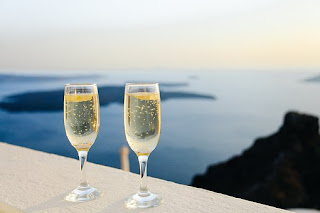 Please join me (and that Sparrer Feller) in a toast:

To Jesamiah – and Penmore Press! 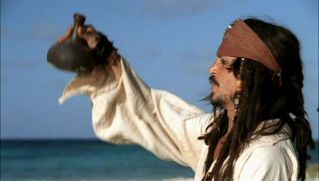