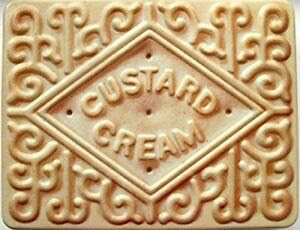 Biscuits (as we call cookies here in Britland). How is a humble, much loved, favourite Brit Biscuit a mystery? Well, ever thought about that pattern on your typical, standard custard cream biccie?
No?
Thought not... Read on:
From Wikipedia...
"A custard cream is a type of sandwich biscuit popular in the United Kingdom and Republic of Ireland filled with a creamy, custard-flavoured centre. Traditionally, the filling was buttercream (which is still used in home-made recipes) but nowadays cheaper fats have replaced butter in mass-produced biscuits. The filling tastes of vanilla and as such is more akin to the taste of custard made with custard powder than egg custard. It is believed that the custard cream biscuit originated in Britain in 1908. They have an elaborate baroque design stamped onto them, originating from the Victorian era. In a 2007 poll of 7,000 Britons, nine out of ten voted custard creams to be their favourite biscuit. In 2009 it was ranked the eighth most popular biscuit in the UK to dunk into tea."
So where's the mystery?
The pattern on all custard creams is always the same....Why?
Let's go back to the Victorians. Pteridomania - 'Fern-Fever' - was a Victorian craze for fern collecting. Looking for and gathering ferns was something 'exciting' (really?) that Victorian ladies could respectably do. And they did it in droves.
The interest began in the late 1830s with the rise of amateur and professional botanists and ferns were a fruitful group of plants for discovering new species because they had not been studied as much as flowering plants. Ferns were also more popular for 'active' holiday destinations - places such as the Lake District, Derbyshire and Devon (Lynton and Lynmouth on the North Devon coast, bordering Exmoor was a very popular spot for fern collecting.) 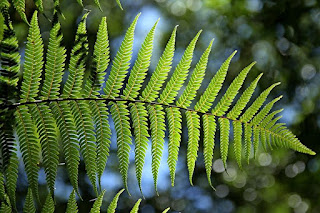 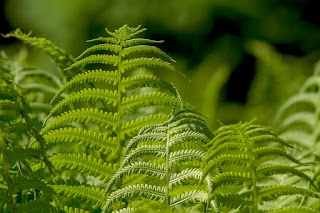 Enthusiasts for collecting ferns came from various social classes and "even the farm labourer or miner could have a collection of British ferns."
Fern collecting became commercialised with the sale of merchandise. Equipped with The Ferns of Great Britain and Ireland enthusiasts sought ferns from dealers and in their native habitats across the British Isles and beyond. Fronds were pressed in albums, live plants were cultivated in gardens and indoors in glass terrariums. With approximately seventy native British species and natural hybrids of ferns, horticulturalists were interested in the odd variants of wild species. From these they selected hundreds of varieties for cultivation. Fern collecting could be dangerous, though. John Sadler, later a curator of the Royal Botanic Garden Edinburgh, nearly lost his life obtaining a fern tuft on a cliff near Moffat, and William Williams died collecting Alpine Woodsia in Wales in 1861. His body was found at the foot of the cliff.
Decorative art 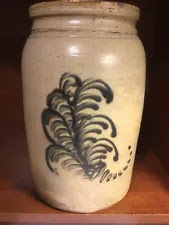 Fern motifs first became conspicuous at the 1862 International Exhibition and remained popular "as a fond symbol of pleasurable pursuits". Fern pottery patterns were introduced by Wedgwood, Mintons Ltd, Royal Worcester, Ridgeway, George Jones, and others, with various shapes and styles of decoration including majolica. Realistic depictions of ferns were especially favoured but even when the representations were stylised the effect was still recognisable as fern. 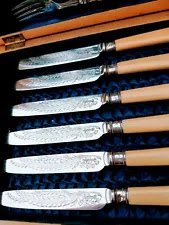 The fern motif appeared in addition to  pottery and glass on metal, textiles, wood, printed paper and sculpture, with ferns "appearing on everything from christening presents to gravestones and memorials" ...
and at the turn of the century, on...   Biscuits! 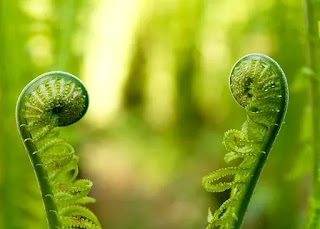 That's right, ferns were so popular the pattern on a custard cream is a stylised version of the curled-up fern! 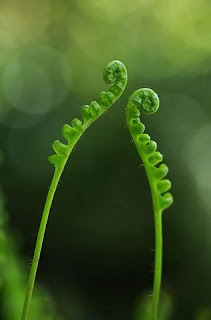 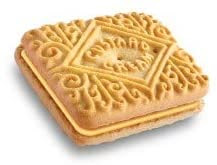 (Oh, and, At the end of Episode 2 of Season 11 of Doctor Who, the TARDIS rewarded the Doctor (Jodie Whittaker) with a custard cream. Good to know that custard creams rank alongside jelly babies. 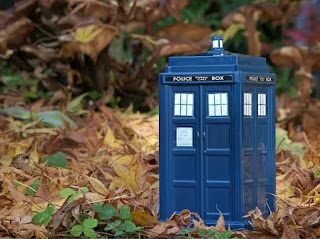