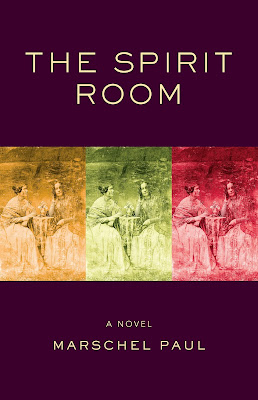 HH : Hello! I believe you exist in Marschel Paul’s  novel – what is the title of the book, and would you like to introduce yourself - who you are, what you do etc?
My name is Izzie, short for Isabelle, Benton. I am a young woman of seventeen years in Marschel Paul’s novel, The Spirit Room, and I am the oldest of four Benton children.

HH : Where and when are you? Are you a real historical person or did your author create you?
Marschel invented me. That is to say I never truly lived in history from whence she plucked me but there were two women who were indeed real, Victoria Woodhull and her sister, Tennessee Claflin, who Marschel came to know when reading about the 19th century in America. Victoria and Tennessee decidedly shared some similarities with my sister, Clara, and me. We lived in the same time, in some of the same places, and they had a mother and father much like our own, rather eccentric each in their own ways. Most interestingly, Victoria and Tennessee, for some time, were spiritualists, as Clara and I were.

HH. In a few brief sentences: what is the novel you feature in about?
As The Spirit Room begins, my mother has died recently and rather mysteriously. This has caused me, the eldest, to take on a good deal of responsibility for my younger brother and two sisters. Though I must say that, throughout the story, my decisions were not always the best for my siblings and this rather tortured me. As the novel goes along, I become sure that my mistakes cause dire consequences for all of them.

Marschel starts us off in the year 1858.  We live in America, in upstate New York, in a town called Geneva, which sits on a beautiful long lake, though the lake in truth is no longer beautiful to me since Mamma drowned in it and my brother Billy and I found her body there on the shore. And so we begin here, figuring out how to live without Mamma and how to make our living as a family. Papa has hired a famous spiritualist from New York City to train my thirteen-year-old sister, Clara, and me to be mediums like the famous Fox sisters. He wants us to conduct séances and earn fees. I don’t want to do this but we desperately need the money so I reluctantly go along. The séances are a hoax and it just doesn’t seem right to me to mislead people who are aching with grief about their lost loved ones. 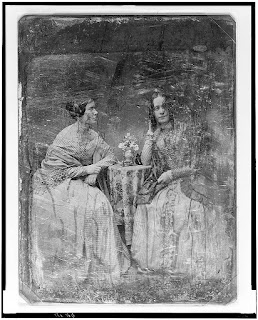 HH : Tell me about one or two of the other characters who feature with you - husband, wife, family? Who are some of the nice characters and who is the nastiest one?
Darling, pretty Clara is a natural actress and seems to enjoy being a hoax medium. To her, it’s all theatre and fun. Before our life in Geneva, we lived in Ohio, the six of us. Papa was never what you’d call a respectable and steady man. He was more of a conniver and pipe dreamer, but he wasn’t bad or mean. After Mamma died, he changed considerably. Not only did he turn cruelly against our brother Billy, something that scared all of us, but I simply did not trust him anymore. I can’t explain it. I just knew there grew an illness in his heart. Because of this darkness in Papa, there are many scenes in the novel that are painful. Some are sure to make one cry. On the other hand, one of my favorite scenes in the book is when Clara stands up to Papa in a definitive way. It is most important because she has always looked up to Papa and done as he has asked. Her desire to please him has wrought great sadness upon her so it is a tremendous relief when she makes her stand.

HH : What is your favourite scene in the book?
Even though there are dreadful things that unfold in the novel that I’d rather not speak of in any detail (in case you decide to pick it up and read it), there are also hopeful things and quirky things and even romantic things. I will simply say that I make mistakes that cause Clara to suffer immeasurably. I blame myself and I struggle to find a way to make it right for her.

HH : What are you most proud of about your author?
I am proud of my author for creating my family’s world in the middle of the nineteenth century with tremendous accuracy and intricacy. She touches upon what life was like for girls and women who were not from the elite families of the time as so many novels do, but who were from families with no means except their own ingenuities and inner strengths.

HH : As a character if you could travel to a time and place different to your own fictional setting  where and when would you go?
If I could get Marschel to take me to another world, another time and place, I would like to go ahead a few generations, perhaps to the beginning of the twentieth century in New York City, a place where I do by the way, spend some time in The Spirit Room. I would like to live as my granddaughter or great granddaughter would live. I imagine there would be many more choices for women by then. There are only a handful of women going to college now, but perhaps this would be more common. Perhaps women will do all kinds of things in the twentieth century and I would love to see that, or even be one of them.