W is for... When Sorrows Come


Throughout April I have invited 26 authors who had been selected as Editor's Choice
by the Historical Novel Society Indie Reviews
to help me out with the 2016 A-Z Blog Challenge...

Except to be a little different I interviewed
their leading Character/s...
Today's Character is from : 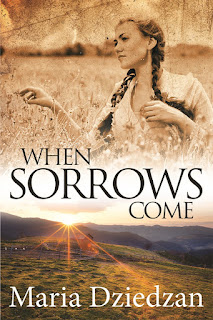 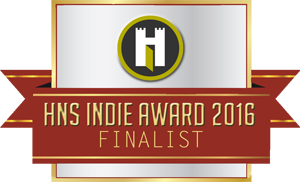 HH: Hello! I believe you exist in Maria Dziedzan’s novel – what is the title of the book, and would you like to introduce yourself – who you are, what you do, etc?
Anna: Dobriy den! I am the sixteen year old heroine of “When Sorrows Come”, or at least, that’s how old I am at the beginning of the story. I am also simply a housemaid to a Polish squire in the first chapter of the story. But the Russians soon put paid to that job when they barge into our village and I find myself working on the kolhoz with the other villagers.

HH: When and where are you? Are you a real historical person or did your author create you?
Anna: I live in Halychyna, a beautiful region of Western Ukraine and it is beautiful even when the Russians come in 1939 and when they are driven out by the Nazis in 1941. They have a terrible battle for our village in 1943 and between them manage to destroy many of our homes. But we survive! Even when the NKVD come back to terrorise us.
Did Maria create me? Yes and no…

HH: How did your author meet up with you?
Anna: We met in the summer of 2006 when Maria came to my village for the first time with her father. He was a very old friend of mine. And by then, I was a very old lady. A bit unsteady on my feet, if you know what I mean. We were introduced outside my tiny cottage and I suspect her father told her a bit about my wartime activities with the partisans. But she also gave me a family, friends, and best of all, my lover, Petro. And she made him so handsome!

HH: What is the novel you feature in about?
Anna: Well, as I’ve said, our village was overrun by one group of bullies after another. The Bolsheviks and the Nazis. We had to outwit them to survive…and when we couldn’t do that, we had to endure. So it is a terrifying war story, but there is a love story too. I can’t tell you more – it would spoil the surprises!

HH: Tell me about one or two of the other characters who feature with you.
Anna: I’ve mentioned my beloved Petro… But there are the girls. The breathtakingly selfish Sofia and my best friend, Vera, who also has her heart broken.The selfless Marusia who hides her Jewish friend, Rachel.
It is difficult to say who is the nastiest man – there are several - but Zadyrak, a Communist bully of the first order, takes some beating.

HH: What is your favourite scene in the book?
Anna: That is a really difficult question. There are some harrowing moments – you might guess that from the title – but there are tender moments, too. I think Maria’s favourite might be when Marusia and Rachel were trying to escape from the Germans at night and they were rescued by a completely unexpected character…but you’ll have to read the story to find out who it was!

HH: What is your least favourite?
Anna: After I am captured, Maria put me through some terrible ordeals. I know because I made her cry…

HH: What are you most proud of about your author?
Anna: That she always wanted to be a writer and she became one in her 60’s. Never give up the dream!

HH: Has your author written other books about you? If not, about other characters? How do you feel about your author going off with someone else?
Anna: No, she hasn’t written about me but she has written about some of the people I know. She takes them off on other adventures – perhaps the word “adventures” is wrong though as it’s still wartime. She has a new heroine but I don’t mind. It’s another part of our history which is little known in the West.

HH: As a character, if you could travel to a time and place different to your own fictional setting, where and when would you go?
Anna: That’s another difficult question, Helen! But perhaps, I would like to ride across the plains with the Cossacks. I’d have to pretend not to be a girl, though. They left the women at home when they went on the rampage!

Thank you Anna - and Maria